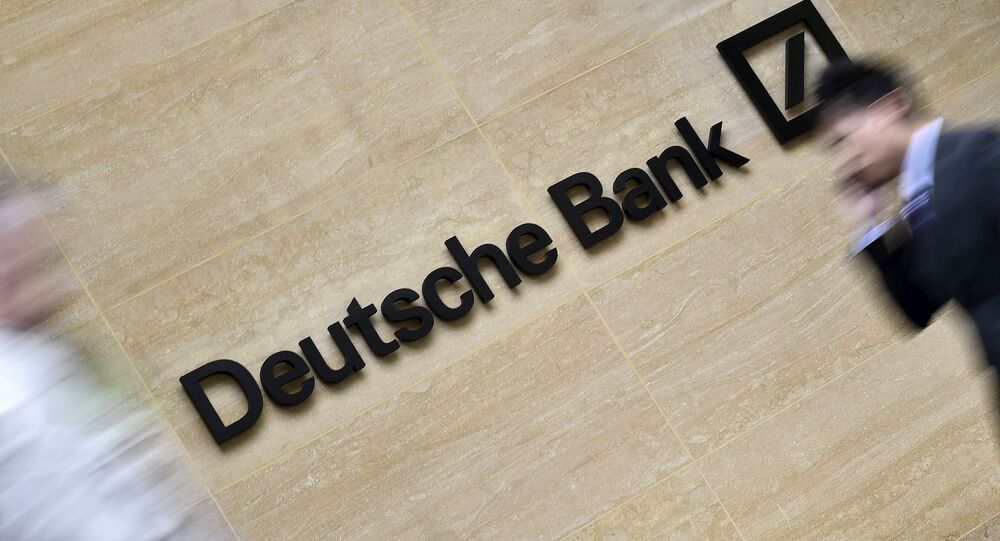 In March, The New York Times alleged that Deutsche Bank had loaned Donald Trump $2 billion years before he became president. The German financial institution is among several organisations the Democrat-controlled House of Representative subpoenaed earlier this month, exploring the potential use of the US financial system for illicit purposes.

US President Donald Trump, three of his children, namely Donald Jr., Eric and Ivanka, as well as the Trump Organization have filed a legal action against the family’s long-time lender Deutsche Bank and Capital One over subpoenas from Democratic-led committees in Congress about their links to the family business.

In the filing, Trumps’ legal team argued the House Intelligence and Financial Services Committees, controlled by the president’s opponents aim to harass him and to “ferret about for any material that might be used to cause him political damage”. One attorney referred to the subpoenas as an instance of “remarkable overbreadth”.

“This case involves Congressional subpoenas that have no legitimate or lawful purpose. The subpoenas were issued to harass President Donald J. Trump, to rummage through every aspect of his personal finances, his businesses, and the private information of the President and his family… No grounds exist to establish any purpose other than a political one”, their complaint reads.

The Trumps requested the court to declare the congressional subpoenas “invalid and unenforceable”, to quash them with a “permanent injunction” and permanently prohibit the two financial institutions “from disclosing, revealing, delivering, or producing the requested information, or otherwise complying with the subpoenas”.

A 2018 financial disclosure form pointed to $130 million in liabilities to a US unit of Deutsche Bank for properties including the Trump International Hotel in a former post office in Washington. The Financial Services Committee chair, Maxine Waters stated in mid-April that her committee is exploring the potential use of the US financial system for illicit purposes that may involve the president and his associates.

The  Trumps unleashed the legal battle against these committees just a week after his legal team sued Democratic House Oversight Committee Chairman Elijah Cummings over the subpoena that requested materials from Trump, his trust, the Trump Organization, the Trump Corporation, Trump’s holding company, the Trump Foundation and the Trump International Hotel in Washington, seeking information on their financial history. Trump’s lawyer has branded these attempts as “an abuse of power” and an “example of overreach by the president’s political opponents”.

Incidentally, in March the New York attorney general subpoenaed the German bank over the credit extended to the Trump Organization, signalling a new inquiry. Later, The New York Times reported that Deutsche Bank had continued to lend Donald Trump millions of dollars since the late 1990s, despite having been deemed a “risky” client. The outlet alleged that Deutsche Bank’s loans to Trump totaled $2 billion, also reporting that Trump could be lying about his net worth and assets.

Sessions 'Must Recuse Himself' From Probes of Deutsche Bank, Trump Loans