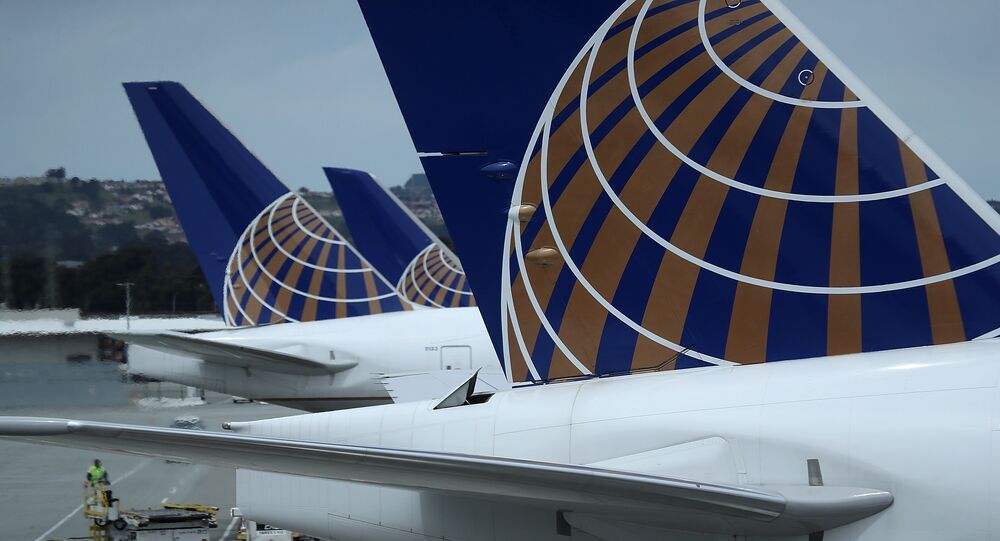 The airline recently announced that they would be covering up all of the cameras on the back of their planes’ seats built into the entertainment system.

According to a statement obtained by Fox News, a United Airlines spokeswoman claimed “none of these cameras were ever activated, and we had no plans to use them in the future; however, we took the additional step to cover the cameras. The cameras are a standard feature that manufacturers of the system included for possible future purposes such as video conferencing."

© AP Photo / Ted S. Warren
Boeing Says Conducted Additional 737 MAX Test Flights With New Software
The cameras are reportedly a common feature for the entertainment systems located on the back of most airlines’ seats, although they are not being utilized for any features available to flyers.

Controversy around the built-in cameras arose when a passenger discovered a camera embedded in the in-flight monitor of a Singapore Airlines plane. The cameras were discovered on the airlines' newer planes, Forbes reported. The airline said on Twitter that the cameras are in "selected Business, Premium Economy and Economy Class." At the time, the company said the cameras were disabled and that there were no plans to use them.

According to an airline spokesman, cited by Forbes, the cameras can be found on the Airbus 350, A-380 and other planes in the fleet’s Panasonic entertainment systems.

‘Fly How You Identify’: United Airlines Allows Customers to Be ‘Non-Binary’

United Airlines: Military Pets Can Be Shipped From Guam