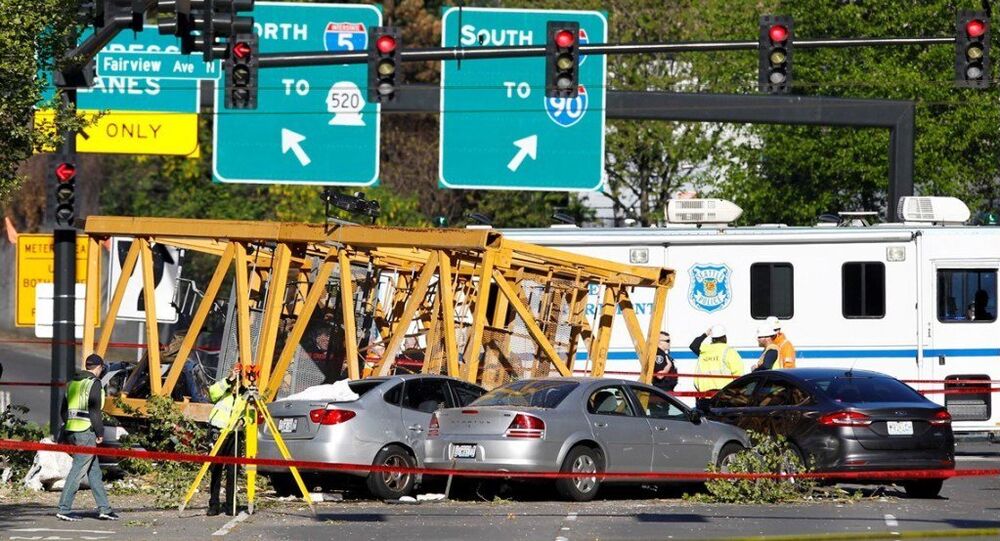 Dashcam video on Saturday captured the moment when a crane collapsed in Washington, killing four people.

The footage showed a car travelling up to a traffic intersection in Seattle around 3:30 p.m when suddenly, a large red crane atop Google's new campus fell apart onto Mercer Street down below. The footage showed cars and the street covered in dust and debris after the fall.

The crane was being dismantled when it fell over, according to a spokesperson for the Washington Department of Labor & Industries. Officials are investigating the exact cause of the collapse.

​Four people were killed in the incident, including Seattle Pacific University freshman Sarah Wong, and Andrew Yoder, a Marine and father who was working as an ironworker on the crane, Fox News reported.

With Amazon and other tech companies increasing their hiring in Seattle, the city currently has dozens of construction cranes rapidly building office towers and apartment buildings. As of January 2019 there were about 60 construction cranes hovering above Seattle, more than any other American city, AP report says.

UKIP on Johnson’s PM Ambitions: ‘He Would Cause Conservative Party to Collapse’