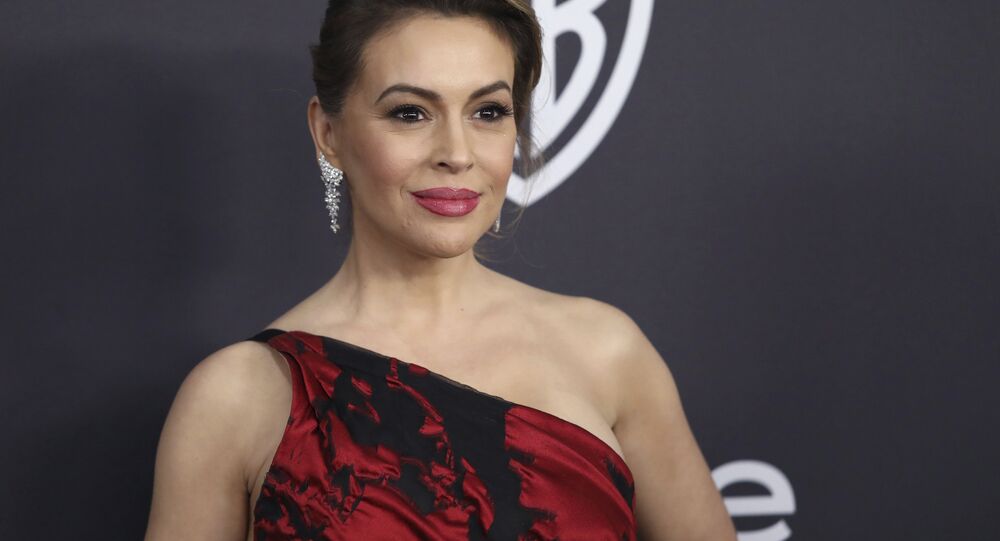 While some fans questioned, tongue-in-cheek, Milano’s passionate involvement in social issues and politics, many took her to task over what they believed to be an erroneous approach to not effectively assess potential presidential candidates’ merits.

Actress and left-wing activist Alyssa Milano has met a barrage of criticism and mockery from her followers after she vowed not to speak negatively about any of the 2020 Democratic hopefuls, thereby joining a similar pledge by her Hollywood colleague, George Takei.

“Will you join me in pledging not to speak negatively about any of our candidates?” Takei’s post read. “We don’t know who the nominee will be, but they need to be as strong as they can be going into the election against Trump”.

“#IPledge to not speak negatively about anyone running for President”, Milano added. “Do you?”

Milano’s response, however, couldn’t help triggering a wealth of responses online, with many taking a swipe at the approach in general and arguing that now is the time to evaluate the candidates’ strong and weak sides:

Uhh that’s what the primaries are for. I’ll support the Dem nominee but now is the time to debate their merits.

Choices will be examined. And weighed. And discussed. Milano asks for sheeplike following. That's what got us here.

Many suggested that the evaluation should be done in good time ahead of the vote, as Democratic voters, like other constituents, should be responsible for their choice without whitewashing their candidates:

Oh look y’all. Little miss woke now wants to make sure everyone is super nice and not bring up the fact that joe Biden is a creep, Beto is a trust fund kid, Harris our POC in jail for years, etc etc etc.

Gotta make sure we all play nice so she can sell them books!!!

Absolutely not. People should never choose the lesser of evils, shouldn't follow their party even though the candidate is corrupt. Our democracy is broken, and a traitor has illegally seized power. We need to stand behind our ethics to defeat him, not abandon them out of fear.

Others referred to Milano’s comments on MSNBC in which she asserted the election isn’t about policy but only about “who can beat Trump”, remarking that it’s false and dangerous to be oblivious of the range of issues that preceded the sitting president’s term:

Alyssa Milano on MSNBC: "This election isn't about policy, it's only about who can beat Trump"

I think it's fair to say that's a false choice. It's also dangerous to suggest that candidates trying to beat Trump should stop trying to solve the many problems that preceded him too.

A great deal of online commenters say they couldn’t care less about what Milano thinks, wondering why on Earth she has been given so much press:

Why is Alyssa Milano relevant to anything??

One even suggested that she would find it immensely hard to stop talking, irrespective of the pledge:

she would not be able to stop talking with all the negative ideas, pictures and other related items each Dem candidate has…

Milano, who has in recent months become one of Hollywood’s most outspoken left-wing activists, is expected to formally endorse a 2020 presidential candidate and has recently made headlines as she lauded former Vice President Joe Biden as someone who could offer “dignified leadership”.

Last week, she complained about having been attacked by supporters of Sen. Bernie Sanders over Biden’s appearance on her #SorryNotSorry podcast, arguing that she expected to receive criticism from Trumpists over the issue. “Sadly, most of the hate-tweets are from Bernie supporters”, she ascertained.

“I’m cool with it but let’s get it all out quickly. We won’t beat Trump if we don’t come together. If not for a common candidate, then please, for a common goal”, Milano summed up.