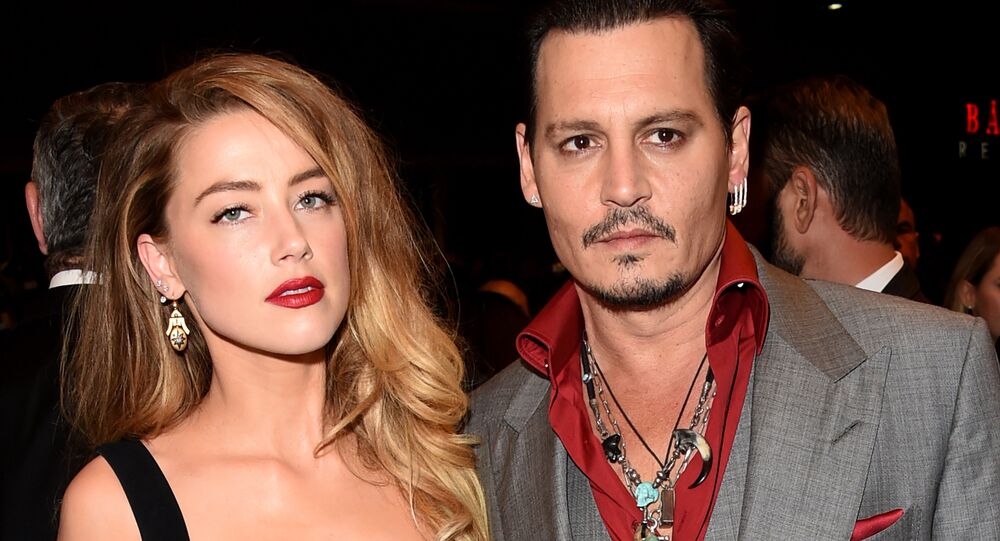 The once-romantic relationship between Johnny Depp and his ex-wife Amber Heard has been marred by mutual accusations of domestic abuse and defamation.

The Pirates of the Caribbean star Johnny Depp will do whatever it takes to clear his name and fix the damage that the allegations of domestic abuse by his ex-wife, Aquaman actress Amber Heard, caused him, HollywoodLife reported citing an unnamed source close to Depp.

“He is being patient and preserving in his fight against Amber over the truth, and Johnny will not back down. As long as it takes, Johnny will use the courts to carry out justice until his name in Hollywood is cleared and his reputation is restored. She harmed him a lot back when he wasn’t defending himself; now he recognises he must engage fully in this legal battle until her allegations are totally disproven. Johnny is not going to get trampled on any longer”, the insider said.

According to the source, the actor has braced himself for a long legal battle with Heard, and will present proof of his claims that Amber and her friends “carried out a series of abuse hoaxes targeting him”.

“His response to her latest motion to dismiss (transfer venue) is due on Monday, 20 May, after which Amber’s reply will then be due 31 May. […] With no hearing date yet set, and a series of motion victories behind him, he has already put a lot of time and energy into clearing his name from her nasty allegations”, the source added.

Depp and Heard met in 2009 while starring in the film, “The Rum Diary”, and married in February 2015. The battle between them started after Heard claimed that Depp beat her multiple times throughout their marriage, which lasted until 2017. As their divorce was finalised in January 2017, both spouses signed a non-disclosure agreement barring them from discussing their relationship in public.

© REUTERS / Suzanne Plunkett/Files
'I Was Petrified': Info About 'Monster' Johnny Depp's Abuse of Ex-Wife Leaked - Reports
Despite their agreements, their split continues making headlines: earlier this month, Heard filed new allegations against her ex-husband, claiming in court documents that he choked her, hit her and ripped out her hair during one of his drug-fuelled rages.

The 32-year-old actress, who married Depp in 2015, alleged that he abused both alcohol and drugs throughout their relationship and became a “totally different person, often delusional and violent”, and even threatened to “f**king kill” her when she told him she was going to leave him.

The new court filing came as a response to Depp’s $50 million defamation lawsuit against her, which relates to a 2018 op-ed by Heard for The Washington Post, in which she describes being a victim of domestic abuse. Even though she doesn’t mention his name in the article, Depp’s lawyers said that she was clearly referring to him.

In his defamation lawsuit, Depp claims that Heard insinuates he was the abuser and calls her allegations part of “an elaborate hoax to generate positive publicity” for her and advance her career.

The suit also said that Depp had suffered financial and career losses because of Heard’s accusations, including being dropped from his role as Captain Jack Sparrow in the Pirates of the Caribbean franchise.

Heard previously initiated arbitration against Depp for allegedly violating the non-disclosure agreement, claiming that he defamed her in several news outlets by giving the impression that her accusations against him were false.

'I Was Petrified': Info About 'Monster' Johnny Depp's Abuse of Ex-Wife Leaked