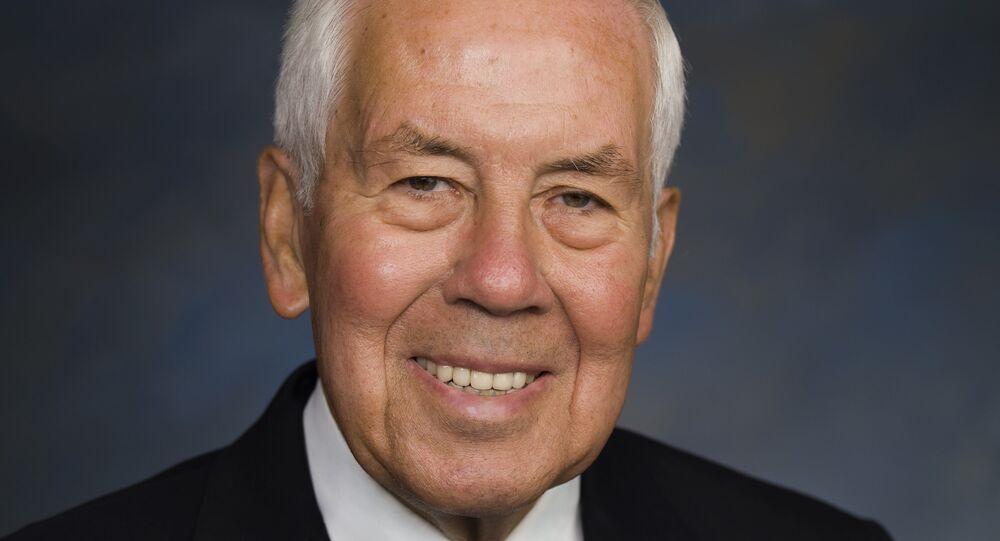 The six-term Indiana Senator engineered the weapons of mass destruction disarmament programme with former Soviet states that was effective until 2013 and was succeeded by a renewed agreement.

Richard G. Lugar, a six-term Republican senator from Indiana, died aged 87 on Sunday, according to a Bloomberg report citing The Lugar Center, a Washington-based think tank. According to the message, the senator died from complications from chronic inflammatory demyelinating polyneuropathy (CIDP), a rare neurological disorder.

"Hoosiers are saddened today to learn of the passing of one of our greatest statesmen", Vice President Mike Pence said in a statement, using the official nickname for people from Indiana. "As the longest serving member of Congress from Indiana, and a Presidential Medal of Freedom recipient, he leaves behind a legacy of public service that will inspire Hoosiers for generations".

Lugar served in the Senate from 1977 to 2013 and was twice the chairman of the Senate Foreign Relations Committee.

During the latter years of the Soviet Union's existence, Lugar led Senate confirmation of treaties with the USSR limiting nuclear weapons. Following the dissolution of the Soviet Union, Lugar together with Democratic Senator Sam Nunn, led an initiative to demolish weapons of mass destruction in the successor states, known as "Nunn-Lugar Cooperative Threat Reduction (CTR)".

© AP Photo / Korea News Service via AP
US, South Korea Representatives Discuss Denuclearization - State Department
The agreement with the nascent Russian Federation was made in 1991, and was in force until 2013, when a renewed deal was signed.

Under the CTR programme, 902 ICBMs, 498 ICBM silos, 906 nuclear air missiles and 684 submarine-launched missiles were dismantled, along with several dozen bombers, nuclear submarines, and an additional 155 strategic bombers, according to data by the Carnegie Moscow Centre. Additionally, more than one hundred nuclear, biological and chemical weapons sites received security upgrades. The abdication of nuclear weapons by Ukraine, Belarus, and Kazakhstan is also attributed to this programme.

Lugar was honoured among US politicians for his adherence to a bipartisan solution to problems. In 2013, when former President Barack Obama awarded Lugar the Medal of Freedom, he praised him for his "commitment to bipartisan problem-solving" which "stands as a model of what public service ought to be" in times of "unrelenting partisanship".

During Obama's time as a senator from Illinois, Lugar worked with him on a non-proliferation initiative that sought to prevent terrorists from getting their hands on advanced weapons such as shoulder-fired anti-aircraft weapons (MANPADS).

US to Continue Talks with Russia on Nunn-Lugar Program