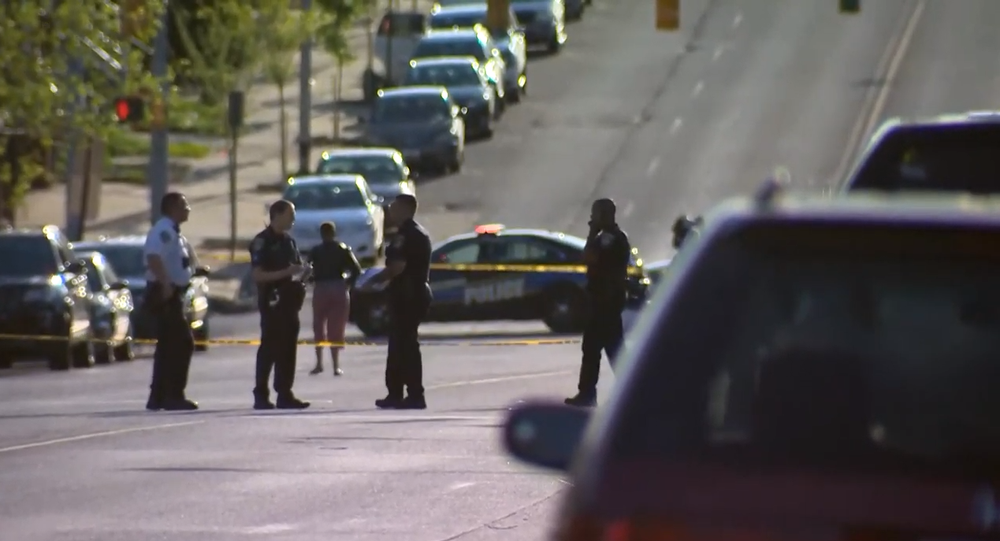 MOSCOW (Sputnik) – One person has been killed and seven more injured as a result of shooting in the US city of Baltimore, Maryland, local media reported.

The Baltimore Sun reports citing officials that a so-far-unidentified gunman opened fire — shooting indiscriminately — at a cookout at the intersection of Edmondson and Whitmore avenues.

One person was found dead near Perkins Square Baptist Church. The remaining six victims — men and women — were taken to area hospitals for treatment. The condition of the victims was not immediately known. A police spokeswoman later Sunday evening told The Baltimore Sun that an eighth victim, a man with a gunshot wound to the leg, went to a hospital later, AP reported.

Police Commissioner Michael Harrison said a black male had approached a crowd on foot and began firing in what he called "a very tragic, very cowardly shooting", AP reports.

Harrison said the shooting appeared to be "extremely targeted" but he did not immediately elaborate on a possible motive.

"It wasn't anything dealing with the church. I want to make that very clear", acting Mayor Jack Young said.

The commissioner said there were two cookouts taking place on opposite sides of the street Sunday, and that shell casings were found in two different locations, indicating that there may have been a second gunman, or someone firing back at the first shooter, who fled on foot.

It was unclear whether the cookouts were related, Harrison said.

Fennoy reportedly said one of the victims had died, but that she had no information about the conditions of the others.

FOX Baltimore reported that the shooting occurred during a cookout.

Images from the scene showed law enforcement vehicles and emergency tape being used to block off the scene.

The incident was the second consecutive shooting to occur over the past 24 hours in the US.

On 27 April a shooting at The Chabad Synagogue in Poway, California resulted in multiple injuries, leaving one person dead.