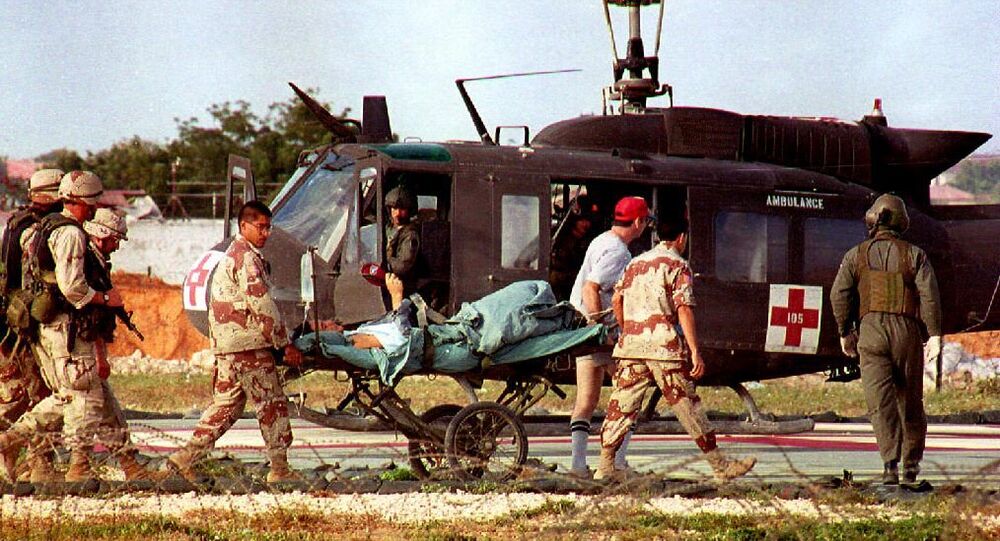 The Battle of Mogadishu in 1993 is considered to be one of the most disastrous US military operations since the end of the Vietnam War, claiming the lives of 18 US soldiers. It led to the subsequent withdrawal of both American and UN forces from civil war-ravaged Somalia.

Ranger Colonel Danny McKnight and Delta Force operator Kyle Lamb, both veterans of the 1993 Battle of Mogadishu, widely known due to its depiction in the movie "Black Hawk Down", have slammed statements by Democratic lawmaker Ilhan Omar on the US' actions in Somalia. During her time as a state representative in Minnesota, Omar, who was born in Somalia, tweeted in 2017 that US forces had killed "thousands" of Somalis in the 1993 operation.

McKnight, who commanded some US troops and was seriously injured during the op, told the Washington Examiner that he was offended by Omar's words and said that claims of "thousands" of Somalis having been killed were "not true".

"Somalis [were] not very good war fighters. I saw so many of them shoot their own people while trying to shoot us", he said.

Kyle Lamb pointed out that the UN mission, which was partially made up of US forces, was deployed to Somalia to protect people, including Omar's own tribe. He added that the American troops were fighting militants, as civilians had mostly fled the city by the time of the operation.

Another veteran, Mike Durant, a pilot of one of the downed Black Hawks and who was captured and beaten by locals, argued that US forces went there to help people who were starving, referring to the severe famine that struck Somalia during the civil war.

"In return, my friends' remains and those of my comrades were dragged through the streets. I do not hold all Somalis accountable for the actions of a few, but I certainly take issue with the remarks of Congresswoman Omar", Durant said.

The Battle of Mogadishu took place after US troops attempted to capture lieutenants serving the leader of the Habr Gidr clan, Mohamed Farrah Aidid. The latter reportedly organised several attacks on US forces stationed in Somalia, killing 11 servicemen.

The operation turned into disaster after a soldier fell from an MH60 Black Hawk helicopter and two other choppers were downed. The US forces attempted to rescue the survivors, but were overwhelmed by Aidid's militants. The fighting lasted almost an entire day before the US managed to extract all of its troops, but still lost 18 servicemen. Estimates of the number of militants killed during the operation range from 200 to around 800 — not "thousands", as Omar suggested.

The US troops were part of a UN effort to deal with the famine in the war-torn country and reach a peaceful resolution to the conflict. Washington withdrew its forces half a year after the Battle of Mogadishu, with the UN following suit a year after that.