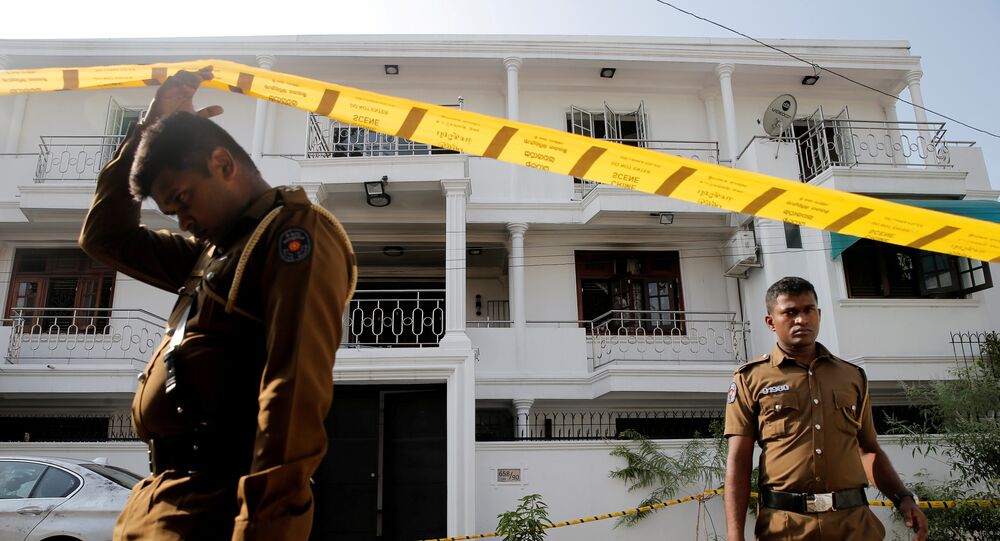 The US Department of State ordered the departure of all school-age family members of US government employees from Sri Lanka as it issued a Level 3 Travel Advisory for American citizens when visiting the country.

The department highlighted that the US government has limited ability to provide emergency services to US citizens in Sri Lanka due to the security environment.

The Level 3 Travel Advisory recommends American citizens reconsider traveling to a country "due to serious risks to safety and security."

Earlier, the US Embassy in Sri Lanka issued a statement warning about the possibility of more terror attacks over the upcoming weekend.

​The warning was issued in the wake of the Easter Sunday attacks, when numerous, coordinated bombings killed more than 250 people in Christian churches and top-end hotels. The authorities initially reported 359 dead, but later reduced the number, saying the calculation was complicated by the large number of dismembered bodies left by the blasts.

On Monday, Interpol announced it would deploy a special team to Sri Lanka to investigate the wave of deadly bombings.

On 24 April it was reported that the FBI would assist in investigating the Easter Sunday bombings at the request of Sri Lankan government.

The Easter Sunday attacks were the worst the country has faced since the end of its 25-year civil war in 2009. Daesh* reportedly claimed responsibility for the attacks on Tuesday.

*Daesh (also known as IS, ISIS, ISIL) is a terrorist group, banned in numerous countries, including Russia.