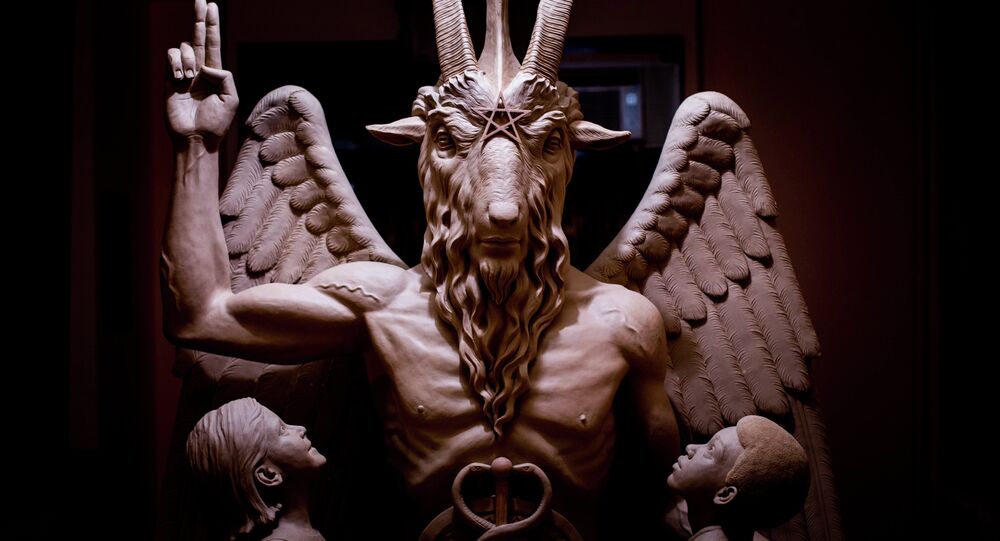 Devil’s in the Details: IRS Recognizes Church of Satan for Tax Purposes

The move by the IRS "will help make sure the Satanic Temple has the same access to public spaces as other religious organizations, affirm our standing in court when battling religious discrimination, and enable us to apply for faith-based government grant."

Satanic Temple co-founder Lucien Greaves said, "In light of theocratic assaults upon the Separation of Church and State in the legislative efforts to establish a codified place of privilege for one religious viewpoint, we feel that accepting religious tax-exemption — rather than renouncing it in protest — can help us to better assert our claims to equal access and exemption while laying to rest any suspicion that we don't meet the qualifications of a true religious organization," in a statement carried by The Wrap. "Satanism is here to stay."

The Satanic Temple had previously opposed tax-exemption for churches, but changed this position in 2017, when US President Donald Trump signed an executive order "promoting free speech and religious liberty." The order explicitly directed the US Treasury to expedite tax exemptions for religious organizations and avoid at all costs the imposition of taxes and other penalties on religious organizations.

© AFP 2021 / ARIS MESSINIS
Church in US Apologises After Pastor Tells Kids to Spit on, Cut Him During Easter Lesson

It was the last straw for these Satanists. The order meant "the Satanic Temple must re-evaluate its prior principled refusal to accept religious tax-exemption. This position now confers a total advantage of ‘none,' while our theocratic counterparts trample over the Constitution and all it previously stood for," Greaves wrote in the organization's newsletter. Now, "a more principled stand is to meet our opponent on equal footing, so to as balance, as best we can, what has been a frighteningly asymmetrical battle. As ‘the religious' are increasingly gaining ground as a privileged class, we must ensure that this privilege is available to all, and that superstition doesn't gain exclusive rights over non-theistic religions or non-belief. With the religio-political landscape suddenly so grotesquely deformed from what we previously recognized, it seems reasonable that non-believers should adjust their language accordingly, and insist that atheistic and secular non-profits, advancing a distinct religious opinion and/or opinion upon religion, are themselves rightful beneficiaries of religious tax exemption as well. Let us put the Evangelical dedication to ‘Religious Liberty' to the test."

Old and alternative faiths have been resurgent lately. Paganism or heathenism has reached as far as the US Navy, Iceland's first pagan temple in 1,000 years is being built for the thousands of pagans in that country, a Zoroastrian temple recently opened in Kurdistan, and even CNN showcased American "modern-day witches" for a late 2018 photo story. The Satanic Temple, of course, is not the only modern Satanist organization in the US — it is predated by the venerable Church of Satan and its offshoot, the First Satanic Church.

The Satanic Temple, like many Satanic organizations, does not actually hold a belief in an evil deity among its tenets, nor a belief in magic. It's stated mission is "to encourage benevolence and empathy among all people, reject tyrannical authority, advocate practical common sense and justice, and be directed by the human conscience to undertake noble pursuits guided by the individual will."

The Satanic Temple is the subject of "Hail, Satan?," a documentary in theaters now about the group's establishment. In the trailer, church members declare their intention "stand up to" Christian theocracy invading the US government, and the group has forced the issue in court. It joined a lawsuit opposing the erection of a monument to the Christian 10 Commandments on the grounds of the Arkansas State Capitol, claiming that the government's refusal to also allow the erection of a statue of the goat-headed god Baphomet violated its constitutional rights.

(The Temple also sued Netflix and Warner Brothers over the use of a statue notably like its Baphomet in the series "The Chilling Adventures of Sabrina," and recently settled with the media giants.)

The IRS did not respond to a request by the Wrap to confirm the Satanic Temple's status.