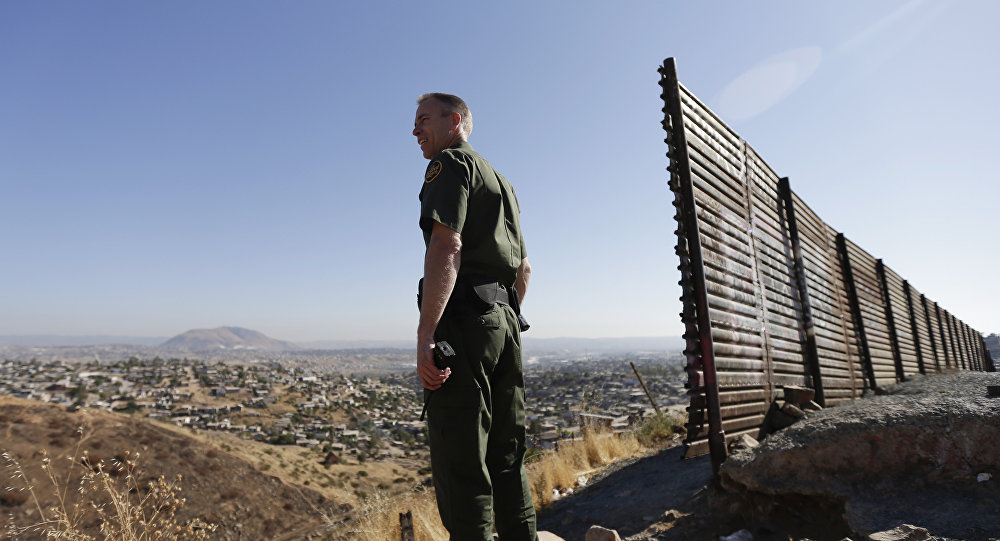 Donald Trump's statement comes just days after it emerged that Mexican troops had detained and questioned two US soldiers. During the encounter, Mexicans purportedly pointed their weapons at the American servicemen.

President Donald Trump announced on Wednesday that the US was sending armed troops to its southern border, apparently following an incident involving Mexican servicemen and US National Guard troops.

Mexico’s Soldiers recently pulled guns on our National Guard Soldiers, probably as a diversionary tactic for drug smugglers on the Border. Better not happen again! We are now sending ARMED SOLDIERS to the Border. Mexico is not doing nearly enough in apprehending & returning!

His comment came hot on the heels of a report that said two US soldiers had been questioned by Mexican troops on 13 April while conducting a surveillance operation. According to US military officials, the two soldiers were in the US territory, but Mexicans apparently believed they had ventured into Mexico illegally. The Mexican soldiers were allegedly armed with rifles and pointed their weapons at the Americans before disarming them.

Trump also tweeted that another caravan of around 20,000 migrants was trying to make its way to the the United States. "Mexico must apprehend the remainder or we will be forced to close that section of the border and call up the military. The coyotes and cartels have weapons!" he wrote, using a colloquial term that refers to people who are paid to smuggle migrants from Mexico into the United States.

Increasing numbers of migrants have been trying to enter the US in recent months as they flee conflict and economic hardship in their home countries in Latin America, mainly Honduras, El Salvador and Guatemala.

Donald Trump has repeatedly referred to the situation at the Mexico border as a "humanitarian crisis", allegedly fuelled by the actions of cartels and human smugglers. US authorities have deployed several thousand servicemen to the border to ensure security and repel migrants trying to cross into the country illegally.