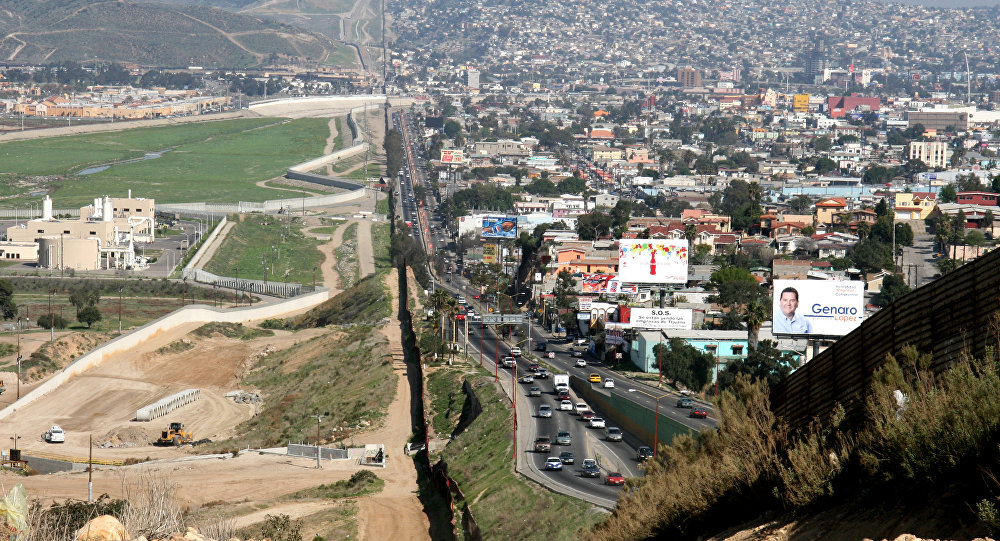 Mexico Will Not Accept Third Safe Country Arrangement With US - FM

Mexican Foreign Minister Marcelo Ebrard has said that Mexico would not accept the "Third Safe Country Arrangement" with the US, Reuters reports.

Meanwhile, Mexican Interior Minister Olga Sanchez Cordero noted that in the first three months of 2019, some 300,000 migrants have sought to reach the US through Mexico.

In late 2018 Ebrard has already argued that Mexican government would not sign any accord that made Mexico a "safe third country," according to Reuters.

Earlier Reuters reported that Mexico was opposed to a US request to make people seeking asylum in the United States apply in Mexico instead.

© AP Photo / Hans-Maximo Musielik, File
Mexico to Ask UN for Help with Central American Refugees
At the time, it was reported that US officials believed a deal known as a "Safe Third Country Agreement" could prove a deterrent to the thousands of Central Americans who travel through Mexico each year to seek asylum in the US.

The Safe Third Country proposal would force asylum-seekers who arrive at the U.S. land border via Mexico to apply to stay in Mexico, according to Reuters.

The agreement is similar to one that has been in effect between the US and Canada since 2004. Under the US-Canada "Safe Third Country Agreement", refugee claimants are required to request refugee protection in the first safe country they arrive in, unless they qualify for an exception to the agreement, according to the Canadian government's official website.

In January 2018 it was reported that Canadian immigration officials had concerns that the Safe Third Country Agreement was "no longer working as intended" in light of the influx of migrants crossing the border from the US into Canada, according to the Global News. Those concerns have reportedly led the US and Canada to begin a negotiating process, through which Canada seeks to amend the existing deal.