WASHINGTON (Sputnik) - Former US Vice President Joe Biden is expected to announce his presidential bid for the 2020 election later this week, NBC News reported on Tuesday.

Following the announcement, Biden is slated to speak at an event on Monday in the state of Pennsylvania and then visit four early voting states in the coming weeks, including Iowa, New Hampshire, South Carolina and Nevada, the report said.

His team has been preparing the campaign for months. As soon Biden has given a green light to his advisers, American Possibilities, his political action committee, emailed to supporters, calling on them to sign up for the news.

"We'll cut to the chase," the message said. "There has been a lot of chatter about what Joe Biden plans to do. As one of Joe's top supporters, we want you to be the first to know!" 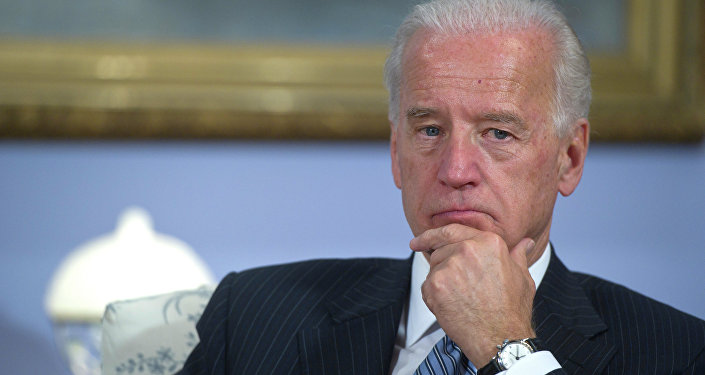 According to the recent 2020 Democratic Primary poll conducted by the Morning Consult and based on 12,550 interviews with registered voters, collected from April 8-14, Biden was leading in the Democratic presidential field with 31 percent support, followed by Sanders at 23 percent.

Biden served as vice president during President Barack Obama's two terms in office. This will be his third run for the White House.

READ MORE: Biden 'Not Sorry for Anything' He Has Done Amid Private Space Violations Scandal