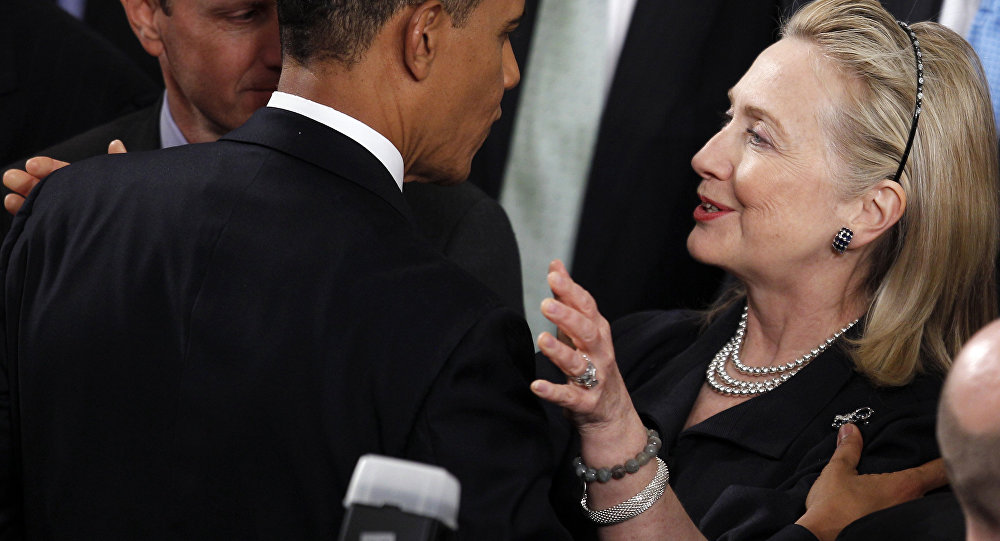 The activist group, called "Patriots" for short, previously insisted that it had been assisting US Border Patrol efforts to curb the flow of illegal migrants into US territory, which is a key priority of the Trump administration.

The suspected leader of a New Mexico militia group called "United Constitutional Patriots", Larry Mitchell Hopkins, has reportedly bragged about plans to assassinate former US president Barack Obama as well as target Hillary Clinton and left-wing billionaire donor George Soros, according to a tip obtained by the FBI included in court papers released this week.

While it is not immediately clear when Mr. Hopkins made the comments, his lawyer Kelly O'Connell has flatly denied the allegations.

"He says that is categorically false that that's what they were doing," Mr. O'Connell told NBC News. "There was no plan to do any of that."

Mr. Hopkins appeared in a Las Cruces, New Mexico court on Monday on charges of being a convicted criminal in possession of a firearm and ammunition. The activist, who had been previously indicted over possessing a weapon and impersonating a police officer in Oregon, was taken into custody on Saturday days after the group made headlines for detaining migrants in the desert not far from the US-Mexico border.

Calling itself a "small volunteer group", United Constitutional Patriots argues that it is helping US Border Patrol to deal with a surge in illegal migrants attempting to enter the US, however, some of their actions on camera have ignited sharp criticism from civil rights groups and local officials.

The group first attracted the FBI’s attention in 2017, with Special Agent David Gabriel stating in an affidavit that intelligence had obtained data on the 20-strong Patriots group possessing AK-47 rifles among its firearm arsenal at the time. Speaking about the alleged targeting of high-profile Democratic leaders, Gabriel said it was “because of these individuals' support of Antifa", a left-wing group.

Meanwhile, Mr. O'Connell questioned why it had taken roughly two years to charge his client, adding that the FBI had searched Hopkins’ residence in 2017 and discovered weapons that Hopkins said belonged to his wife, but declined to arrest him at the time.

"If it was that outrageous of a crime, why not lock him up right then?" Mr. O'Connell said.