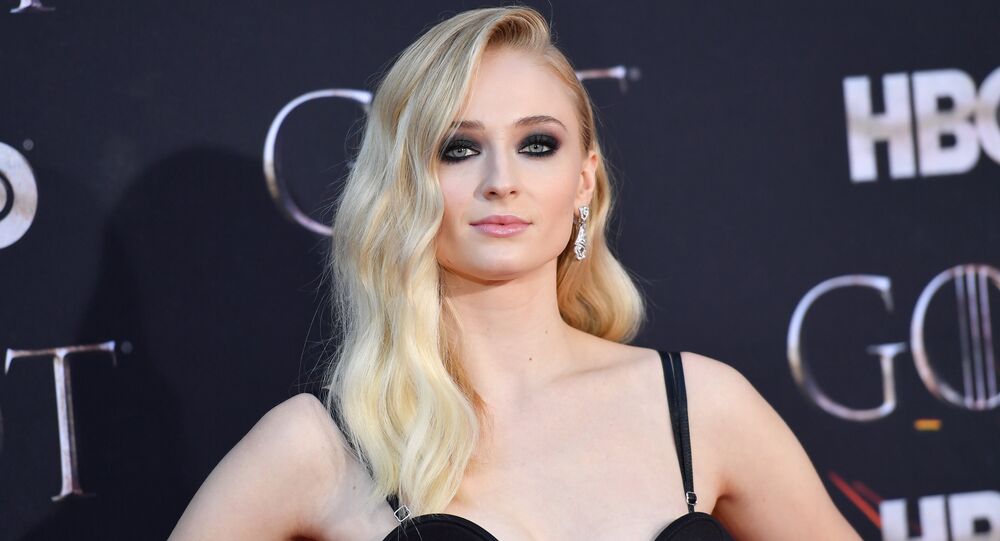 Robe-clad M’Lady Stark chugging wine is certainly a sight in itself, but Sansa chirping about this weekend’s instalment of Game of Thrones is truly something to be remembered.

Sophie Turner turned heads when she appeared in an Instagram video commenting on what has been on everybody’s lips over the past weekend – Arie Stark’s, aka Maisie Williams’ first ever GoT sex scene.

The 23-year-old actress who plays Arya’s sister Sansa in the hit TV series appears to have been enjoying a restful evening in a fluffy bath robe with a glass of wine, when she made a lewd joke about what the HBO bosses were apparently after in the episode, which aired on Easter Sunday.

“In honour of Easter, I guess Game Of Thrones wanted the storyline to have a little Easter bunny hop, hop, hopping into that p***y. And that's the tea," the blonde bombshell said, tongue-in-cheek, in the video, before downing her generous  glass of wine.

In the much-anticipated GoT episode, Arya and her long-standing friend Gendry, played by Joe Dempsie, finally go further than merely flirting as they slip between the sheets ahead of the episode’s milestone event – the Battle of Winterfell.

Lady Stark shared privately with her pal that she was a virgin and revealed that she would rather give her V-card to him before the war kicked off.

Maisie is reported to have initially thought that her saucy scene, which was obviously intended to add some spice to Sunday’s grim pre-battle episode was “a prank”: “I was like “Yo, good one”, and [the showrunners] were like "No, we haven't done that this year. Oh f***!” she told Entertainment Weekly.  As it really appeared to be on the script, Maisie instantly thought about working out in the gym to efficiently prepare for the shooting, but admitted she kept her body “pretty private” during the steamy scene as she claimed it wasn’t essential for her heroine to “flash” in front of cameras.

“I don’t think it's important for Arya to flash. This beat isn't really about that. And everybody else has already done it on the show, so…,” Maisie told the edition.

'People F*ck for Pleasure': 'Daenerys Targaryen' Shares Thoughts on Sex in GoT