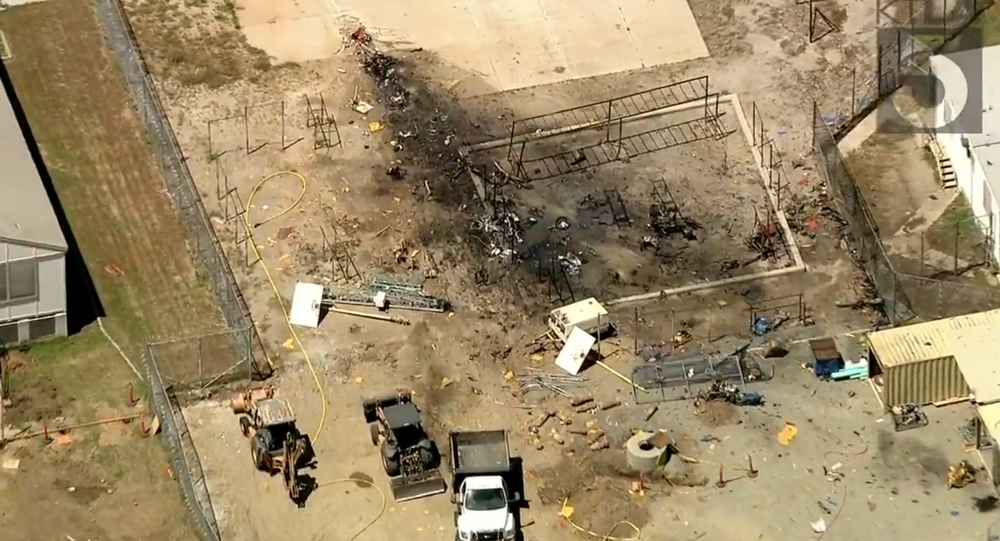 The Federal Aviation Administration (FAA) and the National Transportation Safety Board have launched an investigation into a Monday private plane crash that claimed the pilot’s life and totaled a piece of aviation history.

At 12:10 p.m. local time, Riverside County officers responded to reports of an "air emergency" involving a small plane which crashed into the California Rehabilitation Center in Norco, California.

An early FAA statement revealed that while there were no injuries on the prison yard ground, the aircraft "sustained substantial damage" and charred the the immediate earth where it crashed. Responding firefighters contained a fire triggered by the accident.

Authorities have yet to release any details pertaining to the pilot's identity, but the aircraft was quickly identified as the last surviving Northrop N-9M. The 1942 bomber model with a 60-foot wingspan acted as a test aircraft for the US Air Force during the development of experimental heavy bombers XB-35 and YB-35.

​Though four N-9Ms were constructed in the same timeframe, all but one of the models were scrapped as heavy bomber research progressed.

According to The Drive, the aircraft was purchased by the Planes of Flames Air Museum in 1982 and underwent a lengthy restoration process before becoming a somewhat regular presence at the annual Chino Airshow since 1993.

​In a brief interview with ABC 7, Susan Fracol, a family friend of the pilot who also witnessed the crash, lauded the N-9M operator as experienced and knowledgeable in aviation repair.

"It made a left dip, a right dip, went forward and went nose first into the ground — and a huge fireball," Fracol recounted, also confirming that he was training for the upcoming airshow on May 4.

This fatal incident comes just days after a 48-year-old Utah man lost his life when his plane crashed and burst into flames while traveling 80 mph and 15 feet above ground.

At Least 11 Dead, 29 Injured in Bus Crash in Kazakhstan

What We Know About Mysterious Crash of F-35A off Japan