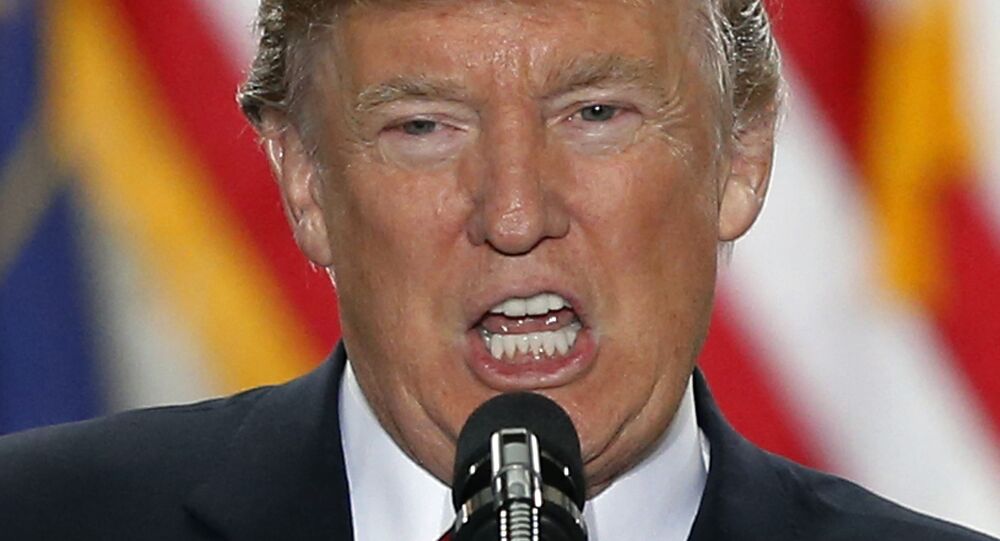 Despite the failure to prove accusations against Trump and his campaign for allegedly colluding with Russia in 2016 following the publication of Mueller report, the Democrats in Congress are continuing in their efforts to find possible misconduct by the US president.

US President Trump has filed a suit to block a subpoena issued by the Democrats in the House of Representatives aimed at revealing Trump's business and financial records, Reuters reported, citing the court filing. The subpoena in question was initiated by chairman of the House Oversight Committee, Democrat Elijah Cummings.

"Chairman Cummings' subpoena is invalid and unenforceable because it has no legitimate legislative purpose", the court filing said.

The filing noted that the subpoena seeks to investigate every "aspect of Trump's personal finances, businesses, and even his family", including for the period preceding his presidency. The document also stressed that House Democrats are "obsessed with finding something they can use to damage the president" and are using their majority in the chamber to this end.

According to the filing, Cummings launched a subpoena without consulting Republicans on the panel and based it on testimonies of Trump's former personal attorney, now convicted Michael Cohen, whom the lawsuit refuses to call a "reliable witness".

Previously, the US president's attorney, William Consovoy, slammed the Ways and Means Committee's attempts to gain access to Trump's tax returns, stating that the House of Representatives doesn't have that authority. The committee itself is normally tasked with regulating taxation, tariffs and a number of social political matters, such as unemployment benefits.

The head of the committee, Richard Neal, requested that the Internal Revenue Service (IRS) present information on the president's tax returns from as far back as 2013, setting the deadline for the IRS on 23 April. Trump's lawyer indicated that Neal's request can't be justified as having a legislative purpose, arguing that the House committee can't act as "junior-varsity IRS, rerunning individual examinations [of] the agency's calculations".

Congressional Democrats have previously vowed to scrutinise every aspect of Trump's business and finances in a bid to find any wrongdoing. Trump has repeatedly slammed their efforts as "presidential harassment", arguing that no administration in US history has faced such problems as his.