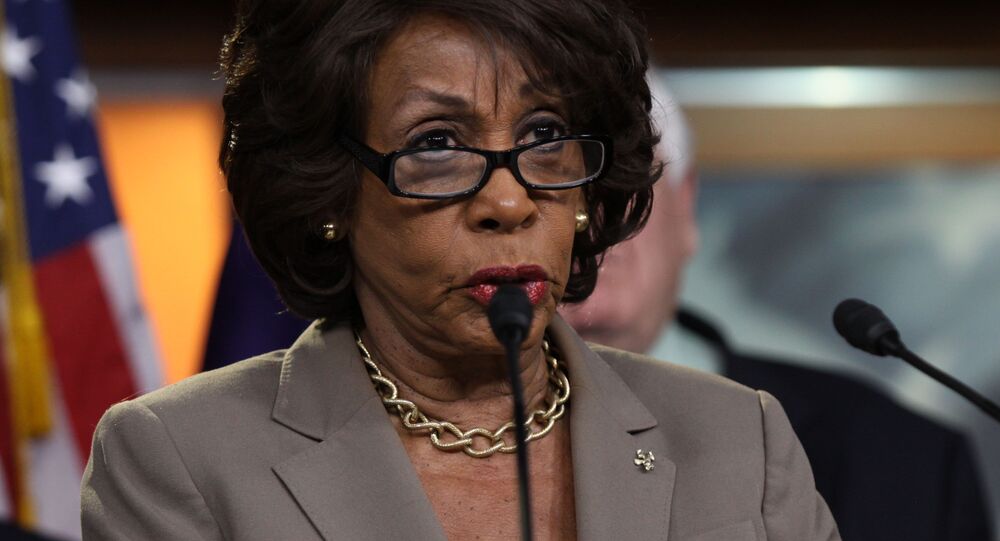 US Rep. Maxine Waters Believes There Is ‘Enough Information’ to Impeach Trump

California Rep. Maxine Waters stated that there is enough evidence in US Special Counsel Robert Mueller’s report to move forward with the impeachment of President Donald Trump.

Waters said on MSNBC’s 'AM Joy' on Sunday that Congress has to “step up to the plate” and press for impeachment.

“The fact of the matter is, I think that when you look at this report, you can see that there is enough information there not only on obstruction of justice but also on collusion or conspiracy, whatever you want to call it, to move forward with impeachment on this president,” she said.

US Attorney General William Barr claimed that Mueller did not find evidence that the Trump campaign conspired with Russia to interfere in the 2016 US presidential election. Barr also noted that while Mueller’s report did conclude that Russia tried to influence the US election, no American was part of those efforts. Investigators, however, did not exonerate the US president of obstruction charges, also reiterating that Moscow had attempted to meddle with the elections on his behalf.

READ MORE: 'The Russia Hoax is Dead!' Trump Urges Media Not to Ignore No Collusion Verdict

Russia has repeatedly refuted all claims of interference in the US political system, saying the allegations were made up to excuse the election loss of Trump's opponent, as well as deflect public attention from actual instances of election fraud and corruption.