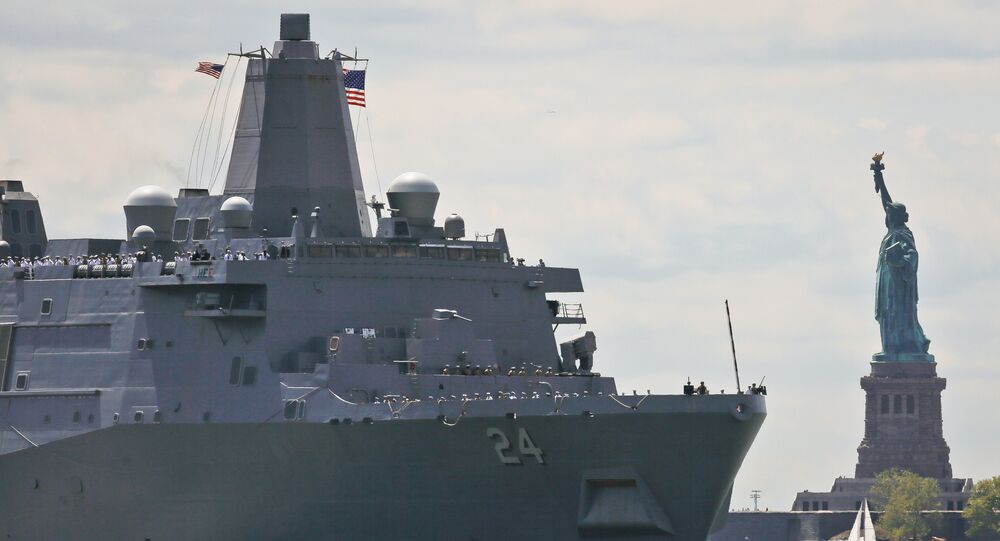 The US Navy has opened an investigation after a female Marine found a hidden camera in a women's bathroom aboard the USS Arlington.

Military officials cited by the Daily Mail said the device was capable of recording but did not specify if it recorded stills or video footage, or streamed a live feed. NCIS opened an investigation to determine who placed the camera there and what was recorded before the female Marine found it.

Sixth Fleet officials told NBC News the recording device was 'in a head' aboard the ship — nautical terminology for a toilet on a boat.

“The command has taken, and will continue to take, all necessary actions to ensure the safety and privacy of the victim. The Navy/Marine Corps team takes all reports of sexual harassment seriously, and are committed to thoroughly investigating these allegations and providing resources and care to victims of sexual harassment,” spokesman Commander Kyle Raines said.

© AP Photo / Matthew Freeman
USS Wasp Carrying F-35s Reportedly Sails Through Disputed S China Sea Amid Tensions With Beijing
Raines told NBC News that because of the investigation, no names of any potential victims could be publicly identified.

The USS Arlington is currently performing a security operation in the Mediterranean Sea and, as of Friday, the warship was docked in Greece.

A study conducted in 2018 by the nonprofit RAND Corporation found that the Navy was the US military service branch with the greatest risk of sexual assault. Stars and Stripes reported at the time that there was a 15 percent overall risk, with 17.1 percent of female service members at Naval Support Activity Charleston saying they had experienced sexual assault in 2014.