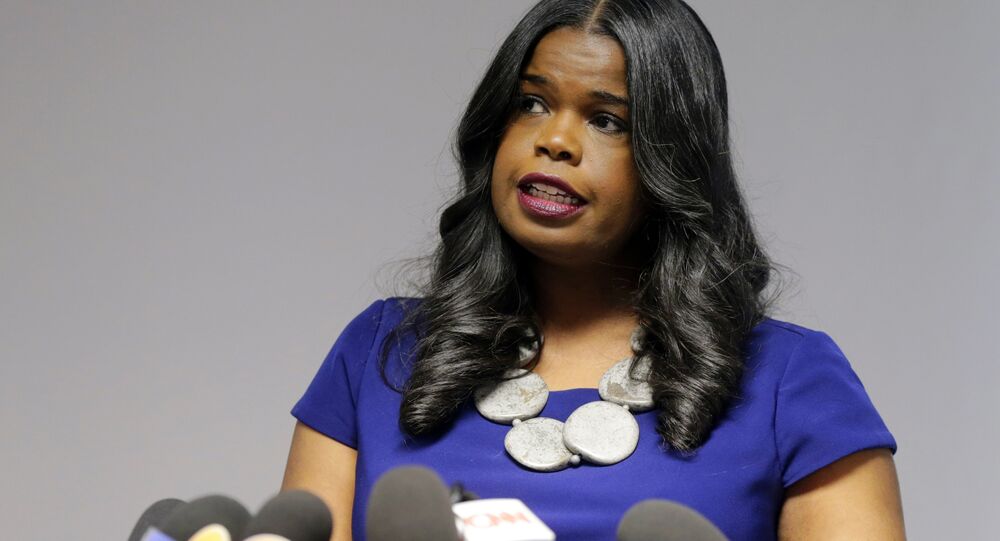 Chief Ethics Officer April Perry; the director of the conviction integrity unit, Mark Rotart; and the director of external affairs, Kiera Ellis, have resigned following the Smollett controversy, Fox News reported. Perry and Ellis have not given exact reasons for their resignation. Rotart told Fox News his departure was planned months ago.

Smollett was accused of filing a false police report about a hate crime. Smollett told the police that he was attacked by two masked men who he said doused him with a chemical substance and placed a thin rope around his neck. He also said that the attackers were shouting “This is MAGA country!” before fleeing. However, Chicago police said after interviewing two brothers identified as persons of interest in the case that Smollett paid the duo $3,500 to orchestrate the attack.

Cook County Inspector General, Patrick Blanchard, is currently reviewing Kim Foxx’s office’s decisions during the Smollett case, while US President Trump said he’s asked for a federal review of the case, which has also had two separate petitions filed in Cook County requesting an investigation.

Another controversy involving Foxx has come as a result of a case her office is currently prosecuting — that of 32-year-old Chicago activist Jedidiah Brown. Brown allegedly assaulted Chicago police officers, David Alvarez and Jeffrey Shafer, while resisting arrest in July 2018.

Following an April event at Rainbow Push, Brown posted a picture with Foxx to Facebook with the caption "Let the record reflect, I stand with Kim Foxx. Blue Klux Klan we aren't going without a fight you'll never forget!"

© Sputnik /
Robert 'Beto' O'Rourke Enters the 2020 Race; Jussie Smollett Back on 'Empire'
Attorney James McKay, who represents the two police officers in the case, noted that the picture of Brown and Foxx together “is not right.”

“The guy’s got a criminal case pending. A prosecutor has the duty to avoid the slightest appearance of impropriety. Not be with him. Period. It’s just improper,” McKay told Fox News.

McKay also filed a petition in Cook County criminal court this week requesting that Foxx’s office be removed from the Brown case and a special prosecutor assigned. The presiding judge could rule on the petition as early as Tuesday. He wrote that Brown and Foxx had a working relationship during Foxx’s campaign for state’s attorney in 2015. According to Al Jazeera, Brown said “we worked hard to get Kim Foxx elected,” and could be seen in a photograph just days before the Kim Foxx event facing off with police at a police protest against Kim Foxx outside of her downtown office.

Jussie Smollett in Custody After Being Arrested by Chicago Police