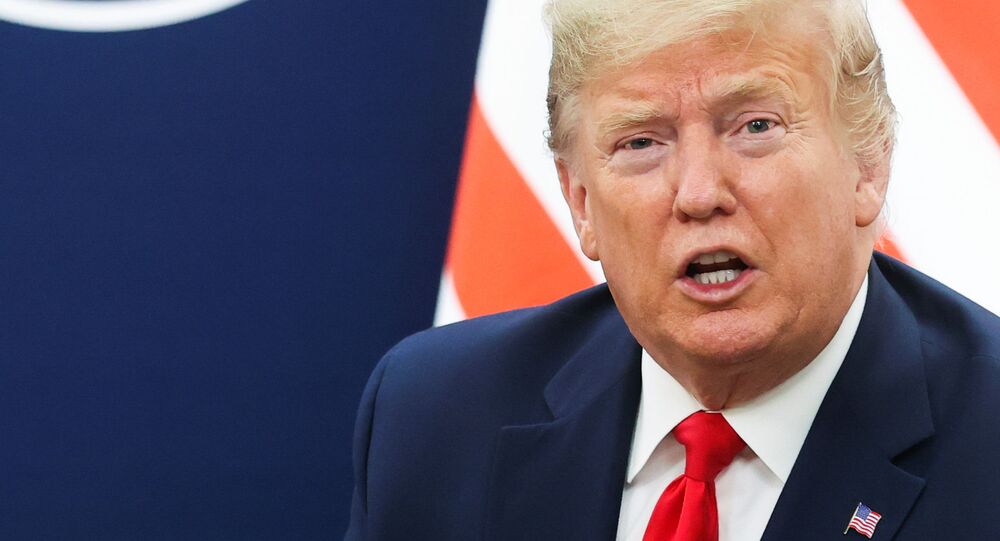 Ahead of the release of Mueller's report, US President Donald Trump called it ‘the greatest political hoax of all time' in a tweet.

The Greatest Political Hoax of all time! Crimes were committed by Crooked, Dirty Cops and DNC/The Democrats.

The Justice Department later on Thursday is expected to release a redacted version of Mueller's report into allegations of Russian meddling during the 2016 US presidential election and collusion with President Donald Trump.

© REUTERS / Yuri Gripas
Trump Calls Mueller's Russia Probe 'an Attempted Coup' and 'Treason'
The redacted report is expected to provide more details of Mueller's 22-month investigation, but it will not include grand jury information, sensitive intelligence details, materials related to ongoing prosecutions, and details that could damage the reputation of an innocent person, the attorney general said.

After Mueller concluded his almost two-year investigation, Attorney General William Barr sent a four-page letter to Congress in which he summarized the investigation's findings. According to Barr, Mueller concluded that President Donald Trump's campaign did not collude with Russia during the election and that there's not enough evidence to establish an obstruction of justice charge.

Russian officials have said the allegations were made up to excuse the election loss of Trump's opponent as well as deflect public attention from actual instances of election fraud and corruption.