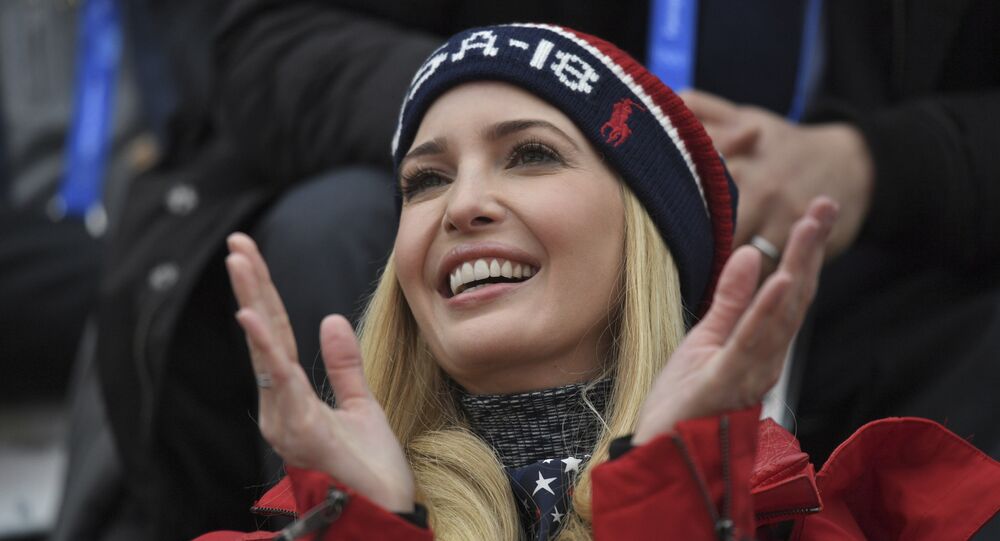 Ivanka Trump has confirmed she turned down the job of World Bank president when her father asked if she was interested.

Ivanka was asked about her father, US President Donald Trump’s interview with The Atlantic where he said he had asked Ivanka if she wanted the bank's most senior role "because she's very good with numbers". She said that she declined the offer, telling her father she was "happy with the work" she's doing as White House adviser.

President Trump was eventually involved in selecting the new World Bank president, US economist David Malpass, whom Ivanka called a specialist who would do an "incredible job".

Asked if the president had offered her any other prominent jobs, she said that she would "keep that between" the two of them.

© AP Photo / Pablo Martinez Monsivais
'Lock Them Up': Twitter Fumes as Jared, Ivanka Caught in Security Clearance Row
In an interview last week, Trump said he had considered his daughter for a number of different roles, including US ambassador to the United Nations, as he believes she is "a natural diplomat". However, he said, he decided not to nominate her because "they'd say nepotism, when it would've had nothing to do with nepotism".

Ivanka Trump is currently on a tour of African countries to promote the Women's Global Development and Prosperity (W-GDP), a US government initiative to advance women's participation in the workplace. She had already attended the first Women Entrepreneurs Finance Initiative in Abidjan on Wednesday and visited a cocoa farm near Adzope and a women-run textile factory in the Ethiopian capital, Addis Ababa.