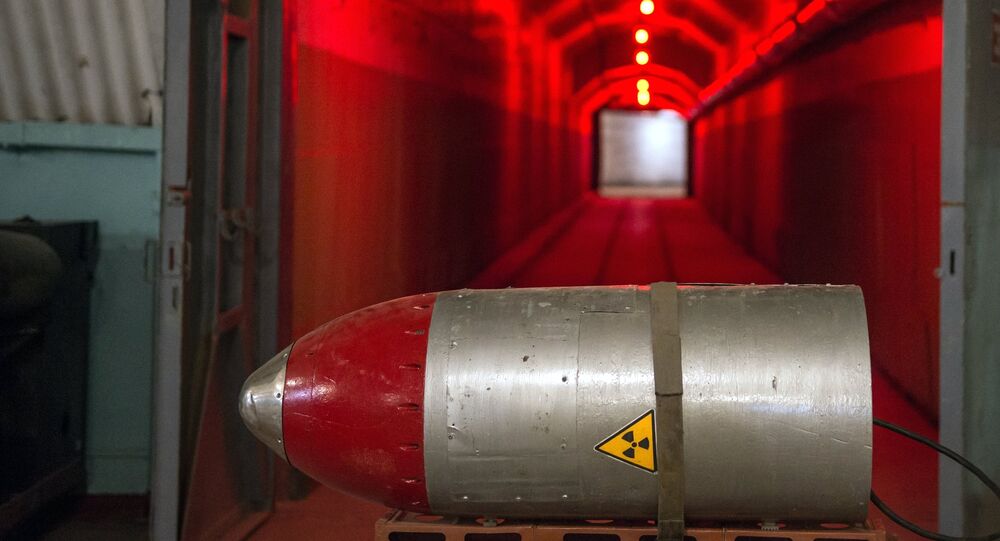 The New START pact that limits the US and Russian nuclear arsenals to 1,550 warheads each is set to expire in 2021.

Twenty-four Democratic US Senators wrote a letter to US President Donald Trump on Friday, urging him to extend the nuclear arms treaty with Russia, which will expire in two years, The Hill reports.

"We write to urge your administration to extend the New Strategic Arms Reduction Treaty (New START) with Russia for another five years in order to ensure that the United States can continue to enjoy the treaty's clear national security benefits over this period," the Democrats wrote.

"We are very concerned that so far, the United States has made no visible or concrete effort to extend its life," they added. "Failure to extend New START risks unraveling a broader arms control regime that has helped uphold stable deterrence and curb a costly, destabilizing arms race for nearly half a century."

New START, negotiated during the Obama administration, limits the number of nuclear warheads the superpowers can deploy to 1,550 each, plus a set of other provisions. The treaty is set to expire in 2021, but it can be extended for another five years, should the sides choose.

© AP Photo / Zha Chunming
INF Collapse, Rise of China Diminish New START Treaty Extension Chances - Profs
The Democrats' concern stems from Trump's abrupt abolishment of another arms control pact, the Intermediate-range Nuclear Forces (INF) Treaty, in 2018. The US accused Russia of violating the treaty and ditched it unilaterally. Russia, which repeatedly denied any wrongdoing, also withdrew from the treaty in response to Trump's decision. Russia has repeatedly accused the US of violating the INF themselves, pointing to the deployment of Mk 41 missile launchers in Europe.

However, with regard to New START, the US administration maintains that Russia is complying with the treaty.

Still, back in 2017, Trump called New START a "one-sided deal," and a "just another bad deal" made by former US President Barack Obama.

In their letter, the senators argued that maintaining New START allows the US to have an insight into Russian nuclear capabilities through the treaty's verification regime — a point brought up by Strategic Command Chief Gen. John Hyten.

© AFP 2021 / Paul CROCK
Analysts: Failure to Renew 2010 START Treaty Could Trigger Global Nuke Arms Race
They added that extending the treaty will win the US more time to negotiate a new deal that will encompass emerging arms technologies as well.

"Since 1972, Republican and Democratic administrations alike have pursued such measures as a complement to maintaining a robust nuclear deterrent. We urge you to sustain this bipartisan policy and advance US security by extending New START for an additional five years," the lawmakers wrote.

In March this year, Russian Ambassador to the United States Anatoly Antonov said Moscow does not want New START to suffer the same fate as the INF and the Iran nuclear deal, but said that a fully-fledged dialogue between the Kremlin and Washington is needed before the treaty can be extended. Russian Deputy Foreign Minister Sergei Ryabkov accused Washington in February of dragging out time by refusing to engage in genuine dialogue on New START so that Moscow and Washington would fail to extend the accord before its expiration date.