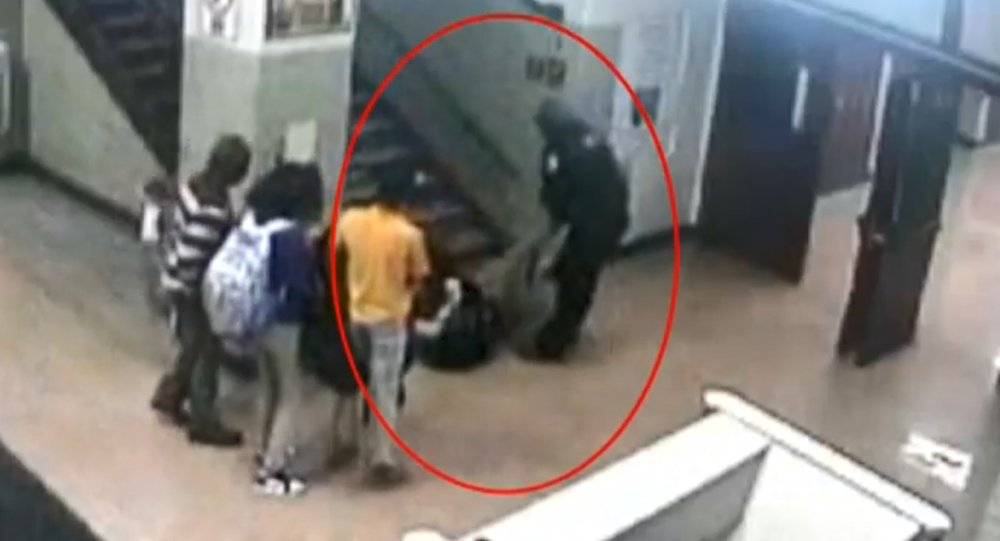 Footage obtained from a Chicago high school security camera contradicts the story of Chicago police officers about a January interaction with a student. The video shows police officers initiating the violent encounter, tacking the girl, dragging her down stairs and beating her - what she said had happened all along.

An amended lawsuit filed Thursday by 16-year-old Dnigma Howard alleges that Chicago Public Schools and Chicago Police Department (CPD) Officers Johnnie Pierre and Sherry Tripp, who were assigned to the city's Marshall High School, violated Howard's civil rights by their actions during an altercation on January 29.

"The Board of Education and CPD continue to fail our children. An unarmed 16-year-old girl was beaten, kicked, punched and tasered by officers," said Andrew M. Stroth, Howard's attorney, in a Thursday statement.

Howard was initially charged with two felony counts of aggravated battery against the officers, who claimed she initiated the incident and caused the three of them to fall down a flight of stairs — charges the city dropped a week later "in the interest of justice," the Chicago Sun-Times noted.

Cellphone video emerged shortly thereafter only depicting Howard fighting the two officers back at the bottom of the stairwell before being repeatedly tased, it didn't show how things got to that point.

However, security camera footage from the school hallways recently obtained by the Sun-Times shows the genesis of the incident — and it's not what CPD said at all.

In the video, Dnigma can be seen standing next to one of the officers near the top of the stairs as she exchanges words with another student. However, as Dnigma turns to leave, the officer suddenly wraps his arms around her and tackles her backwards into the stairwell. A second camera at the bottom of the stairs shows the officer dragging her by her feet down the rest of the flight of stairs as a the second officer leaps on top of her, punching her and eventually tasing her.

"Those officers filed a false statement," Stroth said. "Their statements are completely untrue and are completely contradicted by what is shown on the video. The saving grace for Dnigma is that this was caught on camera."

Dnigma's father, Laurentio Howard, can also be seen in the footage, standing near the confrontation. Laurentio told the Sun-Times he was told to stand back as he cried out for them to stop.

"At no time during their contact with [Dnigma] did [police] seek assistance or involvement from any Marshall administration, staff members, or other security officers in escorting" her from the building, the suit states, nor was Laurentio allowed to escort his daughter off school property or to help de-escalate the situation in any way.

Pierre and Trip have been transferred away from the school, although the department and city haven't told reporters about further actions against them, according to CBS affiliate WBBM. However, Chicago Public Schools spokeswoman Emily Bolton said the school system is launching its own investigation.

At Least Six Shot at Family Gathering in Chicago