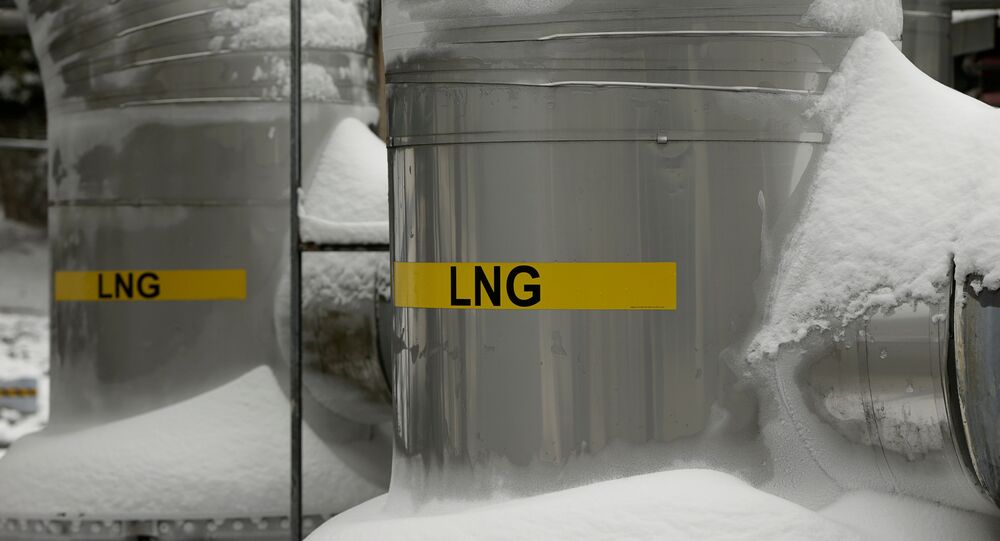 US President Donald Trump wants to permit the transportation of liquefied natural gas (LNG) in railroad cars. The proposal would provide new opportunities to railroad companies, fuel suppliers, and customers in some regions of the US. Its opponents point to the risk of catastrophic accidents.

Donald Trump sparked debate when he ordered the Transportation Department to work out new regulations that would allow LNG to be shipped in special tank cars following a lobbying campaign, the outlet Fortune reports. It could take more than a year to write the regulations, and advocates of the move insist that this would provide ships with an extra supply of fuel and meet the demand of customers in the country’s northeast, making up for a shortage of pipelines there.

Thus, the LNG industry would follow the suit of oil suppliers who ship crude by train. This practice, however, has raised concerns among safety advocates and environmentalists who warn about possible disastrous consequences. While the fuel while chilled can’t ignite, a tank rupture or exposure to air could lead to becoming a flammable gas again. Fortune cited a staff attorney with the Centre for Biological Diversity, Emily Jeffers, as saying that the US president’s plan had reminded of earlier concerns about crude-filled “bomb trains” cruising through cities in the US.

“It’s a disaster waiting to happen…You’re transporting an extraordinarily flammable and dangerous substance through highly populated areas with basically no environmental protection”, she pointed out.

Independent rail consultant Fred Millar, also cited by the outlet, insists that the initiative would pose “an unprecedented new level of risk for American cities”, noting that the liquefied fuel could turn into a flammable gas cloud and fire. He explains Trump’s order as being motivated by the “enormous pressure to sell our fracked gas”.

Advocates of the novelty insist that if LNG is spilled, it rapidly evaporates without any residue and has an ignition ratio that is even higher than that of other hazardous materials shipped by train. At the same time, the Association of American Railroads stated in their 2017 petition that there have been two accidental releases of approved liquids since 2000. Additionally, the Obama administration already allowed the Alaska Railroad Corp. to ship LNG in containers on flatcars in 2015.

The advocates also point out that the plan could help expand existing markets and deliver fuel to regions with limited pipeline capacity, such as New England, which earlier even had to resort to using Russian LNG, or the US Gulf Coast. Another argument of the industry leaders is that this type of fuel could meet the maritime demand for LNG as a fuel in the face of international diesel restrictions.

LNG is already being delivered worldwide, in the US with trucks or ships as well as storage in terminals in special tanks. The US has recently stepped up efforts to boost its LNG industry and is searching for new opportunities on the markets. According to a Reuters analysis, the US made at least 48 cargoes or 3.23 million tonnes of liquefied natural gas (LNG) to Europe from October 2018 to January 2019, significantly increasing its presence on the European market.