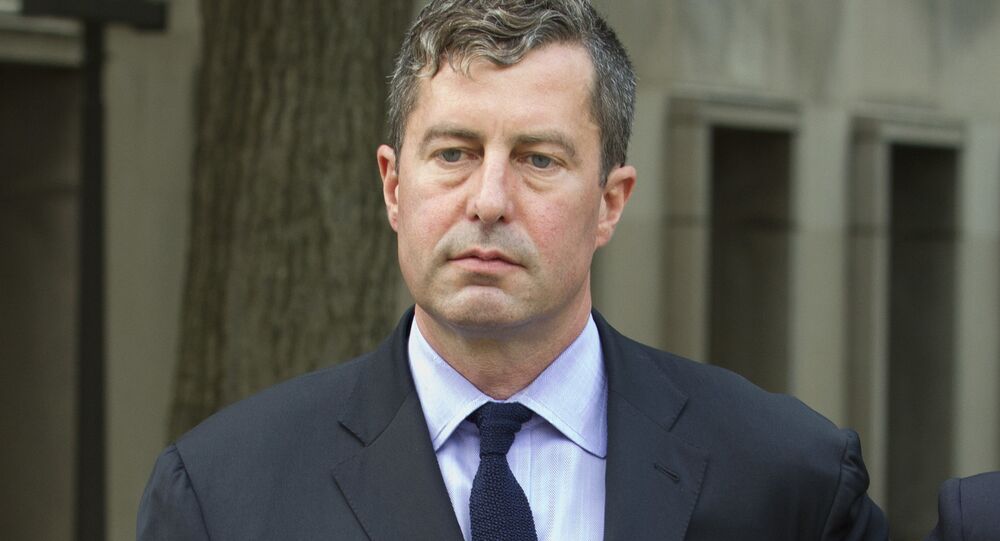 Special Counsel Robert Mueller recently concluded his 22-month investigation into allegations of Trump-Russia collusion in the 2016 US presidential election.

Political operative Samuel Patten has been sentenced to 36 months of probation in a case related to the Mueller investigation, Reuters reported.

According to reports, 47-year-old Patten pleaded guilty in August last year to contacting US legislators and news media organisations on behalf of a Russia-aligned political party in Ukraine called the Opposition Bloc without reporting that work to the Justice Department, in violation of the Foreign Agents Registration Act (FARA), among other offenses.

© REUTERS / Yuri Gripas
Trump Calls Mueller's Russia Probe 'an Attempted Coup' and 'Treason'
In addition to the 36 months of probation, the Republican political consultant was sentenced to 500 hours of community service and a $5,000 fine.

When Patten pleaded guilty last year, his case revealed that he had arranged a scheme to evade the federal ban on foreign donations to inaugural committees on behalf of a Ukrainian politician. While being aware of the ban, Patten lined up an American straw buyer to front $50,000 for four tickets to the inauguration of the politician, who, according to court papers, had paid Patten's company for the tickets using an account in Cyprus.