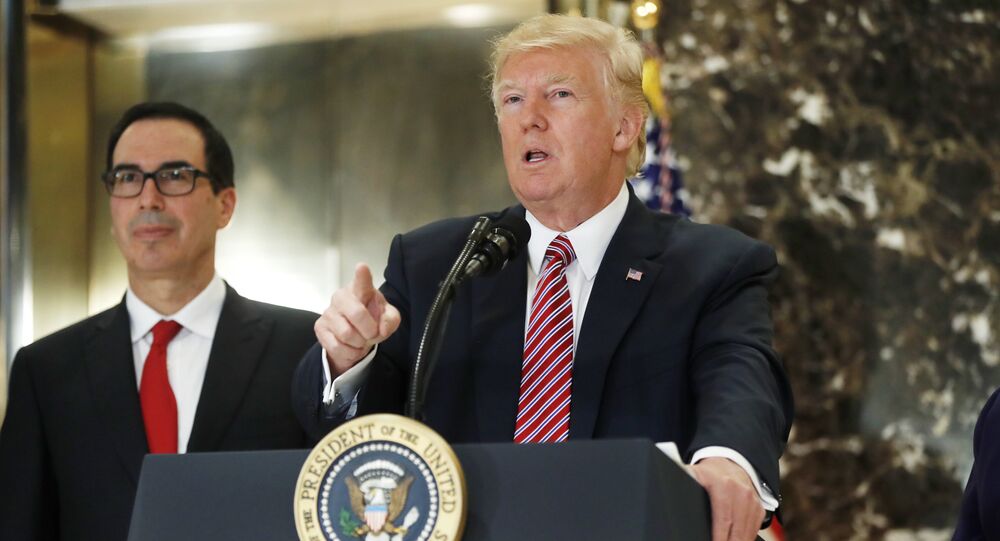 In a letter to Neal, cited by Reuters, Mnuchin said, "The legal implications of this request could affect protections for all Americans against politically-motivated disclosures of personal tax information, regardless of which party is in power".

Neal has formally requested six years of Trump’s tax details from the Internal Revenue Service (IRS). Neal has also requested that the IRS provide tax records for several entities tied to the president, including Trump National Golf Club-Bedminster. The chairman has further requested information tied to any audits Trump or said entities may have undergone.

© AP Photo / Evan Vucci
Democrats to Probe Trump Tax Returns If They Win Midterms - Senator
US House Speaker Nancy Pelosi previously suggested that Trump was hiding something from tax officers, claiming no US president in the modern era had worked so diligently to keep their finances out of the public eye.

Trump told reporters last week at the White House that despite what people have said, he is currently under audit by US tax authorities. "I'm always under audit, it seems, but I've been under audit for many years because the numbers are big, and I guess when you have a name, you're audited", Trump said when asked about Neal's request.

Trump added that he is not "inclined" to publicly release any tax returns until the day he is no longer under audit.