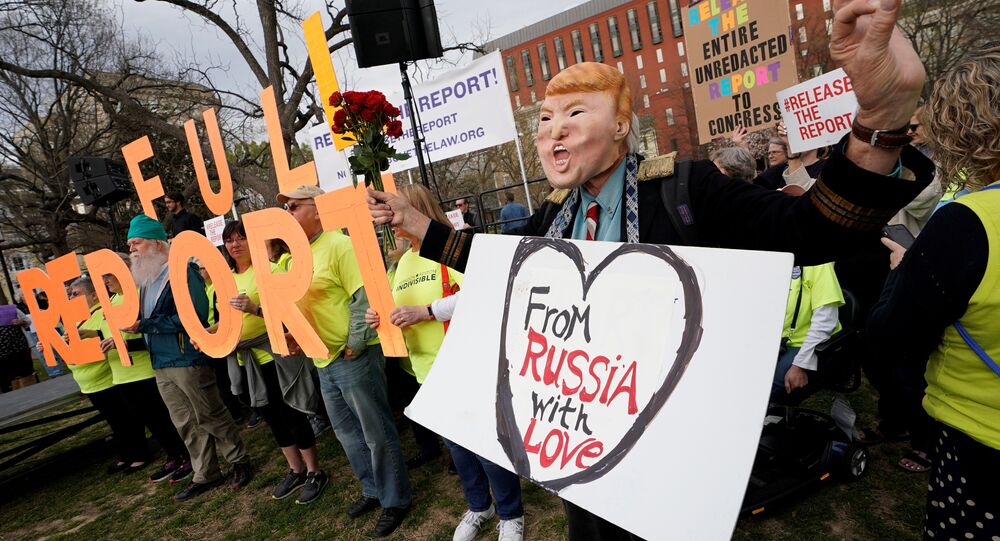 In late-March, the US Department of Justice released a four-page summary of the main conclusions of Mueller's investigation into an alleged Russia's collusion with Trump's campaign.

US President Donald Trump said Wednesday that he himself hadn't seen the report on alleged Russia's involvement in the 2016 election presented by Special Counsel Robert Mueller.

The US president has dismissed the report as "an attempted coup" and "treason."

© REUTERS / Jonathan Ernst/Files
Mueller Probe's End to 'Take Temperature Down' in US-Russia Dialogue - Bannon
The president described the investigation as a waste of time and money that was illegally started by "dirty cops." Trump hopes that the attorney general will take a look at the origins of the investigation, which he described as an "illegal witch-hunt."

Trump added that he has neither seen nor read the Muller report.

"I won. No collusion, no obstruction," Trump said. "As far as I'm concerned, I don't care about the Mueller report. I've been totally exonerated."

On March 24, the US Department of Justice released a four-page summary of the investigation's main conclusions. According to the document, the probe found no proof of collusion between Russia and President Donald Trump's campaign during the 2016 election.

Mueller, however, maintains that Russia did try to interfere in the election, a claim Moscow has repeatedly refuted. On obstruction of justice by Trump, the attorney general stated that "while this report does not conclude that the President committed a crime, it also does not exonerate him".