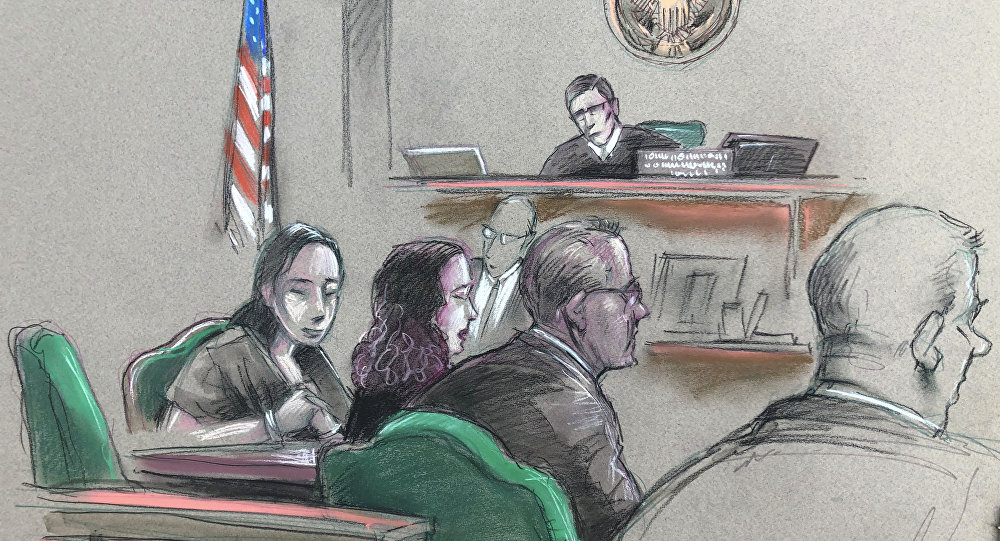 Yujing Zhang, a Chinese national who bluffed her way past security at US President Donald Trump’s Mar-a-Lago resort last month, appeared in court Monday. Prosecutors revealed they found high-tech equipment in her hotel room and a thumb drive on her person during her arrest that automatically installed malware on an agent’s computer when tested.

"She lies to everyone she encounters," Assistant US Attorney Rolando Garcia said in a Florida federal court detention hearing Monday, according to the Washington Post. "The present charges have no allegation that she's a spy or this is espionage, or whatever.. . . There are a whole lot of questions that remain to be answered. But at this point in time, that's not part of our allegation."

Zhang is charged only with lying to Secret Service agents and entering restricted space, although those charges carry substantial financial penalties and jail time. Prosecutors indicated Monday they intend to file a formal indictment later this week.

During the hearing, prosecutors presented more of their findings, arguing Zhang, 32, presented a flight risk and shouldn't be granted bond. The judge concurred, and the Chinese national will remain in jail until a hearing next Monday, according to the Miami Herald.

Prosecutors said a search of Zhang's hotel room turned up nine thumb drives, five SIM cards, $7,620 in US dollars and $663 worth of Chinese yuan, several credit and debit cards and, most suspicious of all, a special device that can detect hidden cameras in a room. That's in addition to the laptop, external hard drive, four phones and a thumb drive believed to carry "malicious" software on it that she was found carrying upon arrest.

On March 30, Zhang bluffed her way past security at the Mar-a-Lago resort in West Palm Beach, which is owned by Trump. While the president was on the grounds at the time, it seems the two never crossed paths. Zhang was eventually apprehended by Secret Service personnel after a receptionist caught on and realized her story didn't line up.

When she was apprehended, she had on her person a thumb drive that appeared to contain malware, as well as numerous passports and several electronic devices, Sputnik reported.

According to the affidavit filed the day of her arrest, Zhang told Secret Service officers that she was at the resort to attend an "International Leaders Elite Forum" hosted by the "United Nations Chinese-American Association" on the grounds. That event never existed, although it was advertised by Chinese businesswoman Li "Cindy" Yang on her massage parlor website, which she used to coax both Chinese and American businessmen into patronizing her business. Yang promised she could get interested patrons inside Mar-a-Lago and close to Trump, although she denied to the Herald last week that she'd ever met Zhang.

Zhang told Secret Service officers she'd travelled from Shanghai at the advice of a businessman named Charles Lee to attend the nonexistent event. Subsequent investigation has revealed Lee runs the Chinese Friendship Association, which is the group running the event advertised on Yang's website.

Robert Adler, Zhang's defense attorney, argued Monday that Zhang had simply paid Lee $20,000 to get her into the resort, the Post noted.

However, much of Zhang's case remains puzzling, and investigators have already bungled some key aspects.

During the hearing, Secret Service agent Samuel Ivanovich, the agent who penned the deposition in her original affidavit, expounded on his investigation into Zhang. Ivanovich told the court he gave Zhang's suspicious thumb drive to another agent to insert into their computer, but as soon as the drive was inserted, "a file immediately began to install itself," he said. Neither agent had ever seen anything like that before.

"He knew it was something out of the ordinary," Ivanovich said. "He had to immediately stop his analysis and shut down his computer in order to stop it."

Further, it was revealed that the video of the hours-long interrogation of Zhang by Ivanovich has no sound recording on it, the Post reported.

However, they did confirm at least part of Zhang's story. On March 28, the Chinese national legally entered the US at Newark airport in New Jersey, arriving on a flight from Shanghai.

Also on Monday, Trump fired Secret Service Director Randolph "Tex" Alles, but administration officials have confirmed the change-up was in the works long before the Mar-a-Lago debacle and not motivated in any way by it.