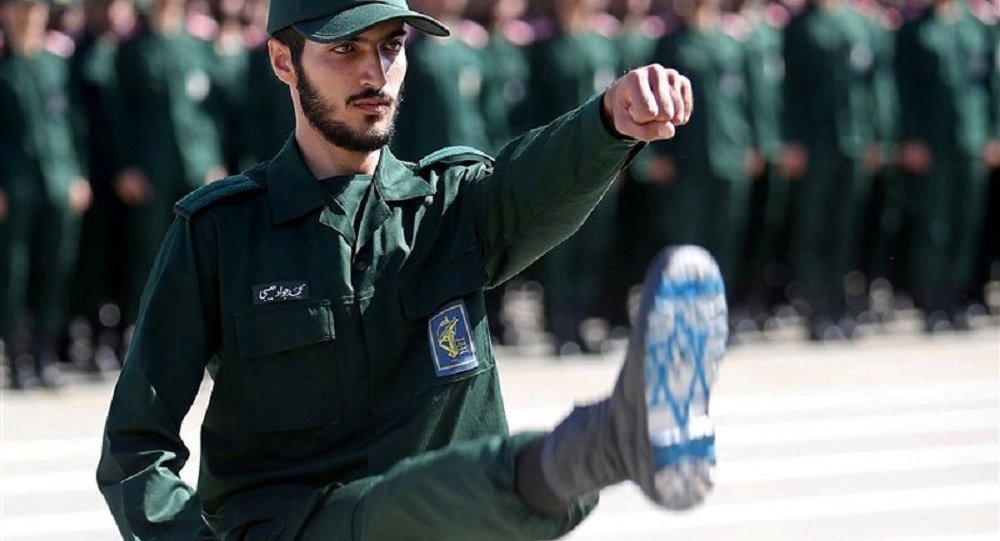 Earlier, Iranian lawmakers warned that if Washington went ahead and designated the Revolutionary Guards as a terror group, Tehran would counter by listing the US military on a terror blacklist alongside Daesh (ISIS).

In a statement published on the White House's official website, Trump boasted that the "unprecedented" move "recognises the reality that Iran is not only a state sponsor of terrorism, but that the IRGC actively participates in, finances, and promotes terrorism as a tool of statecraft."

According to Trump, the IRGC is "the Iranian government's primary means of directing and implementing its global terrorist campaign." The designation, he said, "makes crystal clear the risks of conducting business with, or providing support to, the IRGC. If you are doing business with the IRGC, you will be bankrolling terrorism," Trump stressed.

© Sputnik / Anton Bistrov
US Seeks 'Quagmire' With Iran - Tehran on Washington's Move to Designate IRGC a Terrorist Group
Secretary of State Mike Pompeo confirmed Monday that the designation will take effect one week from now, and called on the world to follow suit.

"We are calling on other nations to isolate the Islamic Revolutionary Guards Corps; we have to diminish their power," a senior administration official said during a background briefing on Monday.

The designation is the first time that the US has formally labelled another country's military as a terrorist group. Previously, the US moved to sanction dozens of individuals and entities over their connections to the IRGC, but not the organisation itself, possibly out of fears that such a move could lead to reprisals.

According to Trump, the terror designation "underscores the fact that Iran's actions are fundamentally different from those of other governments," and is aimed at expanding the overall "scope and scale" of the US's pressure "on the Iranian regime."

© AFP 2019 / MOHAMMED HUWAIS
Sanctions Smanctions: Iranian Airline Defies US, Starts Direct Flights to Venezuela
The IRGC is already sanctioned by the US, with the US Treasury Department imposing tough restrictions against the organisation in 2017 under a 9/11-era executive order over the group's alleged 'terror sponsoring' activities. Washington has accused the Revolutionary Guards of providing assistance to the Syrian military, and of supporting the activities of the Hezbollah and Hamas militant groups, which the US and some of its allies classify as terrorists.

Iranian Foreign Minister Mohammad Javad Zarif responded to the designation Monday, recommending that President Hassan Rouhani and the Supreme National Security Council designate US Central Command (US CENTCOM), a US military theatre-level command whose area of responsibility includes the Middle East, on the list of organisations designated as terrorists by Iran.

Iranian officials previously warned that the IRGC's inclusion on the US terror list would be a "mistake" which would prompt Tehran to equate the US military with Daesh (ISIS).* Heshmatollah Falahatpisheh, chairman of the Iranian parliament's National Security and Foreign Policy Commission, said a bill to this effect had already been prepared.

Israeli Prime Minister Benjamin Netanyahu praised Trump's decision on the IRGC on Twitter, calling the president his "dear friend" and thanking him "for responding to another important request of mine, which serves the interests of our countries and the countries of the region."

"We will continue to act together against the Iranian threats to the State of Israel, and the US and world peace," Netanyahu added.

© Photo : pixabay
Iran's Supreme Leader Urges Iraq to Ensure US Troops Leave "as Soon as Possible"
Under US law, a group is designated as a terrorist entity by the secretary of state, the attorney general and the Treasury secretary, absent a move by Congress to block the decision. The group in question can challenge the designation, however, by requesting a review in a US appeals court.

Relations between Tehran and Washington collapsed to their lowest level in decades last May, after the Trump administration unilaterally withdrew from the 2015 Iran nuclear deal, which promised Iran sanctions relief in exchange for a halt to any nuclear weapons-related activities. Trump vowed to reinstate all nuclear-related sanctions, and to bring Iran's oil exports to a complete halt until Iran changes its "sinister behaviour."