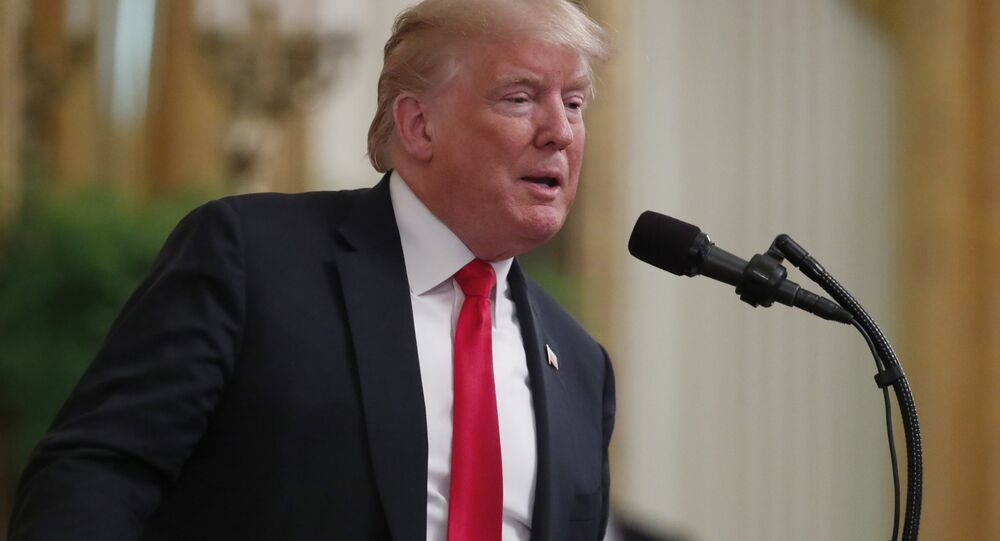 WASHINGTON (Sputnik) - US President Donald Trump in a letter to the Senate announced that he is withdrawing his nomination of Immigration and Customs Enforcement (ICE) Acting Director Ron Vitiello to become the agency's permanent director.

"To the Senate of the United States. I withdraw the nomination of Ronald D. Vitiello, of Illinois, to be an Asistansten Secretary of Homeland Security, vice Sarah R. Saldana, which was sent to the Senate on January 16, 2016", Trump said in the letter dated 4 April and obtained by CNN on Friday.

The president did not disclose his reason for pulling Vitiello's nomination.

The move caused confusion within the Department of Homeland Security, with some officials initially calling it an error, according to media reports.

© AP Photo / Charlie Riedel
Any US-Mexico Border Shutdown Would Be Catastrophic for US Economy – Analyst
Media reports citing sources said that Vitiello is expected to remain acting director of ICE for the foreseeable future.

The news comes amid the ongoing disagreement over US border security between Republicans and Democrats.

Trump, who described the situation at the country's southern border with Mexico as a crisis, said on Thursday that Mexico is could face a potential 25 percent tariff on its car imports to the United States if it does not do enough to stop illegal migration and drug trafficking.

© AP Photo / Moises Castillo
Trump Says He Will Close Border With Mexico or Introduce Car Tariffs
A day earlier, Trump said he would give Mexico a one-year warning to stop drug trafficking and illegal migration before the United States imposes tariffs.

Mexican President Andres Manuel Lopez Obrador has said that neither Washington nor Mexico City would benefit from a closure of the border.

According to Mexico’s Ministry of Internal Affairs, more than 76,000 migrants were detained after trying to get into the United States in February, while in March the figure was expected to increase to 100,000 people.