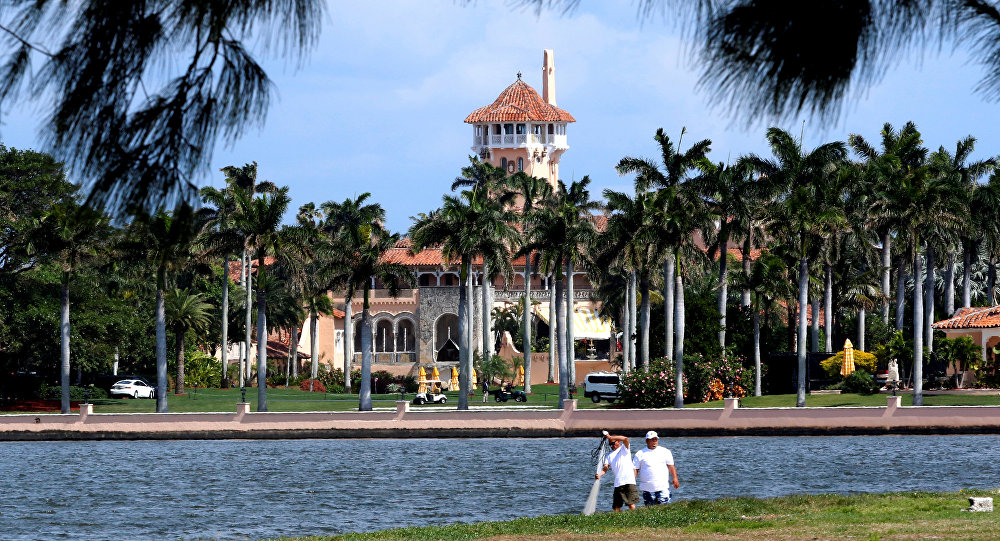 A Chinese national who bluffed her way into US President Donald Trump’s Mar-a-Lago resort in Florida last weekend has been offered consular services by Beijing. Meanwhile, the FBI is looking into the case.

Chinese Foreign Ministry spokesperson Geng Shuang told reporters Thursday that the Chinese Consulate General in Houston had offered consular assistance to Yujing Zhang, the 32-year-old woman who bluffed her way past security at Mar-a-Lago while Trump was there.

Zhang had a host of passports and electronic devices with her when Secret Service agents finally figured out she wasn't supposed to be inside the Florida resort on Saturday, and one of the passports was for the People's Republic of China, according to the deposition filed in a Florida federal court that day by a Secret Service officer.

Zhang told officers she was at the resort for a UN Chinese Friendship Association event, having been told to travel to West Palm Beach from Shanghai by someone named Charles, Sputnik reported, citing the deposition.

AP reported Thursday that this likely referred to a Charles Lee, who runs the group and has been photographed with Li "Cindy" Yang, another Chinese national who, until recently, ran a spa and massage parlor in Florida that she marketed to Chinese executives with dubious claims she could get them into Mar-a-Lago and close to Trump. She buttressed these claims with photos of her and the US president at a party on her website.

However, a spokesperson for Yang told the Miami Herald Wednesday that Yang "does not know the woman who was arrested at Mar-a-Lago this weekend." Likewise, the White House has denied Trump knows Yang at all.

While the Chinese Friendship Association's website has since been taken down, archived images show it marketed itself as a nonprofit registered with the UN Department of Economic and Social Affairs. However, AP reported that the UN database has no documentation of the group.

Meanwhile, the FBI's Counterintelligence Division in South Florida is looking into who Zhang is and whether she has any links to Chinese intelligence, according to the Miami Herald. The agency has no previous file on Zhang, and she isn't charged with any espionage crimes at this time, only with giving false statements to a federal officer and entering or remaining in a restricted building or grounds. However, those charges could still land Zhang in prison for several years or force her to pay a hefty fine.

However, Zhang did have a thumb drive with her that appeared to contain "malicious malware," according to court documents.

The Global Times, a paper owned by the Communist Party of China, blasted Washington's handling of the situation and accused the US media of hyping up both Zhang and Yang as Chinese "Trojan horses."

Several federal lawmakers expressed their concern about security at the Florida resort, which Trump owns, in a letter to FBI Director Christopher Wray on Wednesday.

"The apparent ease with which Ms. Zhang gained access to the facility during the President's weekend visit raises concerns about the system for screening visitors, including the reliance on determinations made by Mar-a- Lago employees," wrote Democratic Senators Chuck Schumer, Dianne Feinstein and Mark Warner.

"As the White House Communications Agency and Secret Service coordinate to establish several secure areas at Mar-a-Lago for handling classified information when the President travels there, these potential vulnerabilities have serious national security implications," the lawmakers said.

A previous letter from March 15, in which Warner and Feinstein were joined by Reps. Adam Schiff, who heads the House Intelligence Committee, and Jerry Nadler, who chairs the House Judiciary Committee, said that Yang's case raised "serious counterintelligence concerns" and warned that, while her business might simply be interested in profit, "her activities could also permit adversary governments or their agents access to these same politicians to acquire potential material for blackmail or even other more nefarious purposes."