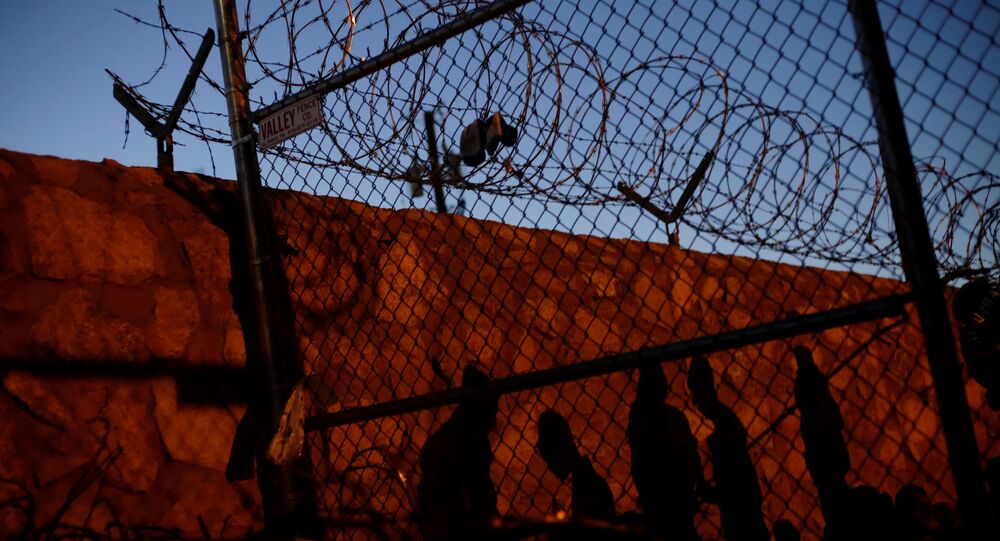 Earlier, the US Department of Homeland Security (DHS) revealed that many migrant children are travelling with fake families who use them as a pretext to stay in the US and receive asylum. What is more, some migrants have tried to fake their own age, pretending to be minors.

The US Customs and Border Protection agency has revealed dramatic footage from two incidents at the southern border where migrants tried to break through the razor wire, while dragging children along with them, to get to the other side. The incidents allegedly took place on 18 and 22 December 2018 at the Yuma Sector of the border in Arizona.

In the first incident, a migrant can be seen pulling a youngster through a small hole under the fence, right through a coil of razor wire located on the other side. He continued doing so even after he was spotted by Border Patrol agents, who warned him not to continue to force the young boy through the sharp wire.

The second incident in the footage shows another group of migrants, trying to smuggle kids through another hole under the fence, which was filled with 12 degree Celsius water. The exit on the other side was also lined with razor wire, but this didn't stop the migrants from forcibly pulling the desperately crying children through.

The issue of the fate of migrant children has sparked fierce debate in the US after numerous cases of so-called "separations", when minors have been held separately from their alleged parents. The Department of Homeland Security later explained that many of the so-called "parents" were in fact total strangers to the children and that they were using them as means of receiving asylum as caretakers.

According to the DHS, it encountered some 170 fake family units at the southern US border, with 139 children accompanied by strangers, between 19 April and 30 September, 2018 alone, while 87 more fake families were separated due to adults pretending to be under-aged.

The incidents took place roughly at the same time as the Trump administration and Congressional Democrats clashed over the 2019 budget and funding for the border wall with Mexico. The US president has been calling for the construction of a wall since his election campaign, stating that it would solve the illegal immigration problem, as well as prevent drug and human trafficking.

US Southern Border Breaks Record with 76,000 Migrants Crossing in February