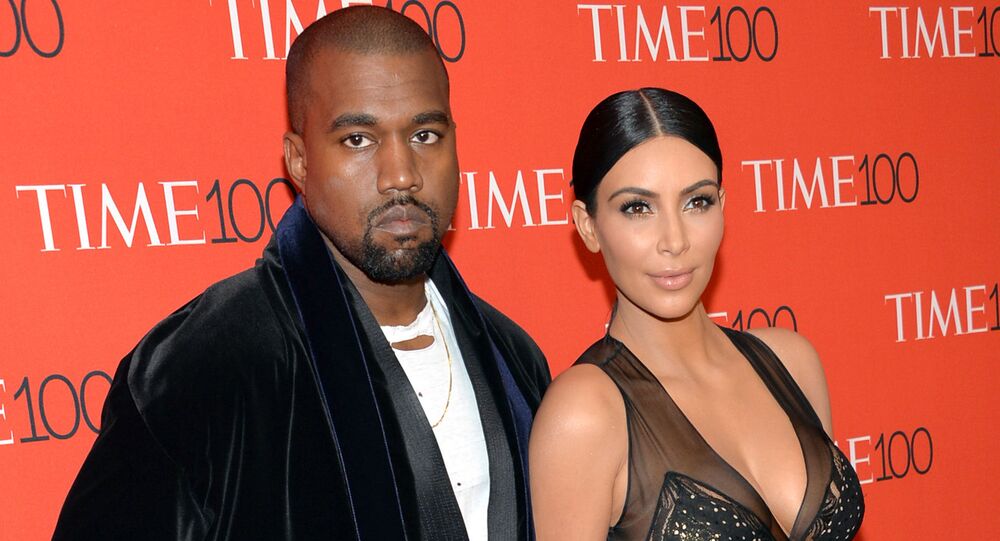 As Kanye West and Kim Kardashian are getting ready to welcome their fourth child, via surrogate, into their big family, two of their three kids have come up with a gruesome – though quite elaborate – April Fool’s day prank for their dad.

In an interview with Elle magazine, Kim Kardashian has revealed that her eldest daughter, North, plotted an April Fool’s day prank with her three-year-old brother Saint to trick their father, Kanye West, into thinking that “mommy’s dead”.

“She took ketchup into my bathroom and she begged me to let her spread it on me, and on the bathroom, as if it was like a bad scary movie. Then she asked me to lie down. I thought she was just playing, maybe that she was going to say I was hurt. No. She taught Saint how to fake-cry and then she told him to scream ‘Mommy’s dead!’”

The morbid joke was, however, quickly disrupted by Kanye, who explained that death was not funny.

“Kanye ran upstairs and he was like, ‘Kids, this is not funny. This is not a good prank’. I completely understand and I agree”, Kim continued.

Even though Kim was initially shocked by the fake-death-game, she was happy that her kids were playing together since her five-year-old North used to struggle with not being the only child in the family:

“It did make me a little impressed that they planned something together, and they were getting along and having fun as a team”.

Speaking on the Ellen DeGeneres show last May, the makeup mogul revealed that North barely speaks to Saint, and is still “warming up” to him.

“There was a shocking moment yesterday. She literally had a can of popcorn and was like, ‘Saint, do you want some? And I was like ‘What?!’ You gotta understand, she does not share with Saint, she hardly talks to Saint. So that was such a big moment in my household. She needs to still get it together and warm up and like be a little bit nicer, but I think she is getting there”.

The couple has three children, North, 5, Saint, 3, and Chicago, who’s 14 months, and is expecting their fourth kid, reportedly a baby boy via surrogate.