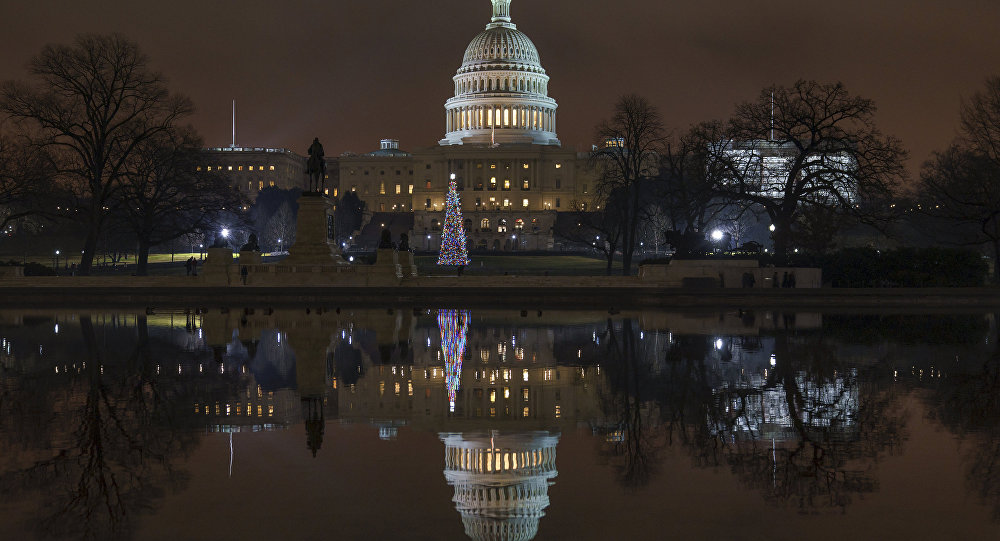 WASHINGTON (Sputnik) - Newly proposed sanctions against Moscow would be lifted if Russia does not meddle in any US elections for at least two federal election cycles, a draft bill introduced on 3 April said.

© AFP 2019 / SAUL LOEB
US House Passes Anti-Russian Bills In Bid to Ramp Up Pressure Against Moscow
The draft bill introduced to Congress also said that newly proposed US sanctions against Moscow should not apply to the activities of the National Aeronautics and Space Administration (NASA).

"The requirement to impose sanctions under subsection (a) shall not apply with respect to activities of the National Aeronautics and Space Administration". the legislation said.

Earlier in the week, US Secretary of State Mike Pompeo stated that he expected Washington and its NATO partners to announce a series of joint actions against Russia over the Skripal case, the Kerch Strait incident, Crimea and Ukraine in early April when the United States will host a NATO ministerial meeting. Moscow has repeatedly denied all the accusations about its involvement in the A234 nerve agent incident, or "meddling" in other countries' affairs.

US Has Prepared New Sanctions Against Russia Over Skripal Case - Reports