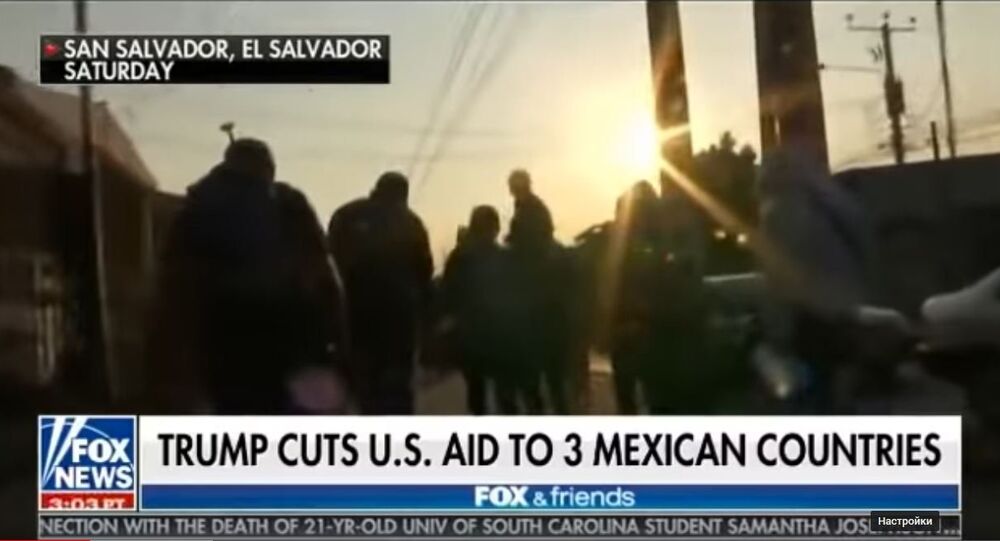 The Fox & Friends Weekend TV show apologized on Sunday for its error, in which the show displayed the headline: "Trump cuts US aid to 3 Mexican countries."

The banner was on screen for some 30 seconds at which time Fox realized their mistake, as co-host Ed Henry made an on-screen apology during the program.

How Stupid Is @foxandfriends?

​"Now we want to clarify and correct something that happened earlier in the show," co-host Ed Henry said later. "We had an inaccurate graphic on screen while talking about this very story. We just want to be clear, the funding is being cut off to the three Central American countries. We apologize for the error. It never should have happened."

The countries in question are El Salvador, Guatemala and Honduras, to which the US Department of State cut financial aid on Saturday. The three countries are alleged to be the main source of organized caravans of immigrants flocking to the US-Mexico border and seeking entry into the US, according to reports.

​​Speaking about the measure, Fox & Friends co-host Pete Hegseth was able to correctly name the three countries while asserting that cutting aid was a "big move" for US President Donald Trump in his campaign to tackle illegal immigration.

Saving more funds for the four US countries

​​Trump has repeatedly accused the so-called Northern Triangle of Latin American countries of "setting up" migrant caravans and encouraging them to march to the American border.

They meant to say “3 Mexican-speaking countries”

Wait until they find out Mexico is part of North America.

​"We were giving them $500 million. We were paying them tremendous amounts of money, and we're not paying them anymore because they haven't done a thing for us," Trump said Friday, cited by Univision.com.

US aid to the three countries amounts to an estimated $700 million annually, according to a US House Appropriations Committee aide, cited by Reuters.