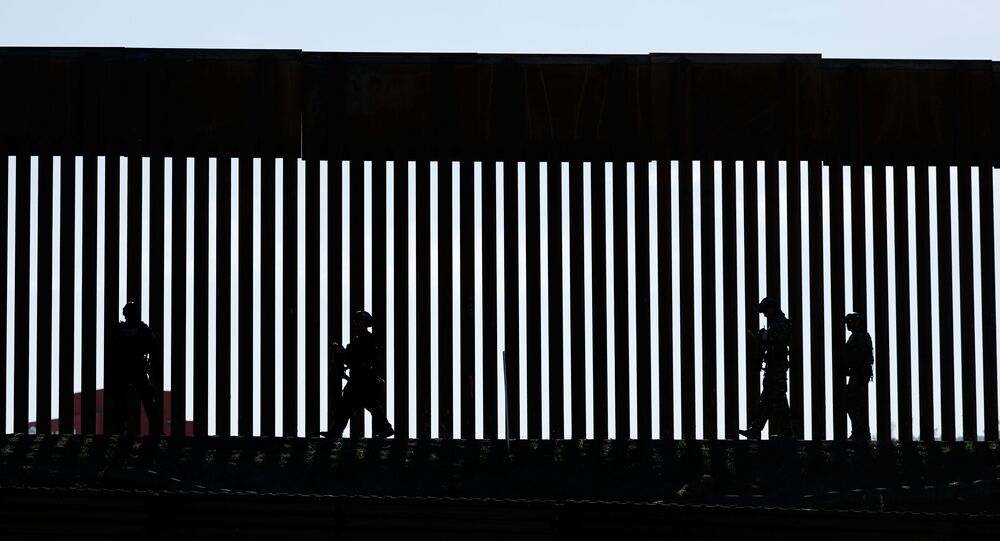 President Donald Trump lashed out at Mexico on 28 March, accusing the country of doing nothing to prevent the influx of migrants arriving at the US border.

President Donald Trump suggested he could also close the Mexican border to "all trade" if the US neigbour did not stop migrant caravans from reaching his country.

"We'll keep it closed for a long time. I'm not playing games. Mexico has to stop it," the US president added.

The statement follows Trump's threat to close the US-Mexico border, or large parts of it, next week if Mexico does not help stop illegal migration into the United States.

"The DEMOCRATS have given us the weakest immigration laws anywhere in the World. Mexico has the strongest, & they make more than $100 Billion a year on the U.S. Therefore, CONGRESS MUST CHANGE OUR WEAK IMMIGRATION LAWS NOW, & Mexico must stop illegals from entering the U.S….", Trump wrote on his Twitter page.

….through their country and our Southern Border. Mexico has for many years made a fortune off of the U.S., far greater than Border Costs. If Mexico doesn’t immediately stop ALL illegal immigration coming into the United States throug our Southern Border, I will be CLOSING…..

"…the Border, or large sections of the Border, next week. This would be so easy for Mexico to do, but they just take our money and ‘talk’. Besides, we lose so much money with them, especially when you add in drug trafficking etc.), that the Border closing would be a good thing!" the president continued.

The US president has also threatened closing the border with Mexico to trade.

"It could be to all trade. We'll keep it closed for a long time. I'm not playing games. Mexico has to stop it", he told reporters.

Mexican Foreign Minister Marcelo Luis Ebrard Casaubón commented on the issue on Twitter, saying that Mexico does not act on the basis of threats.

"[Ask] the million and a half Americans who chose our country as their home, the largest community of (Americans) outside the U.S. For them we are also the best neighbour they could have", he said.

© AP Photo / Daniel Ochoa de Olza
US-Mexico Border at ‘Operational Crisis’ Over Immigration Influx
The statement comes after US Customs and Border Protection noted that more than 76,000 illegals crossed into the United States without authorisation in February, which is the largest number in 11 years.

Meanwhile, Mexico is preparing to receive a massive caravan with some 20,000 migrants heading to the United States from Honduras in the coming weeks.

Caravans of migrants from Central American countries seeking asylum began to move towards the United States through Mexico last fall.

Responding to the situation, Trump declared a national emergency last month to free up to $8 billion in federal funds to build a wall on the US border with Mexico.