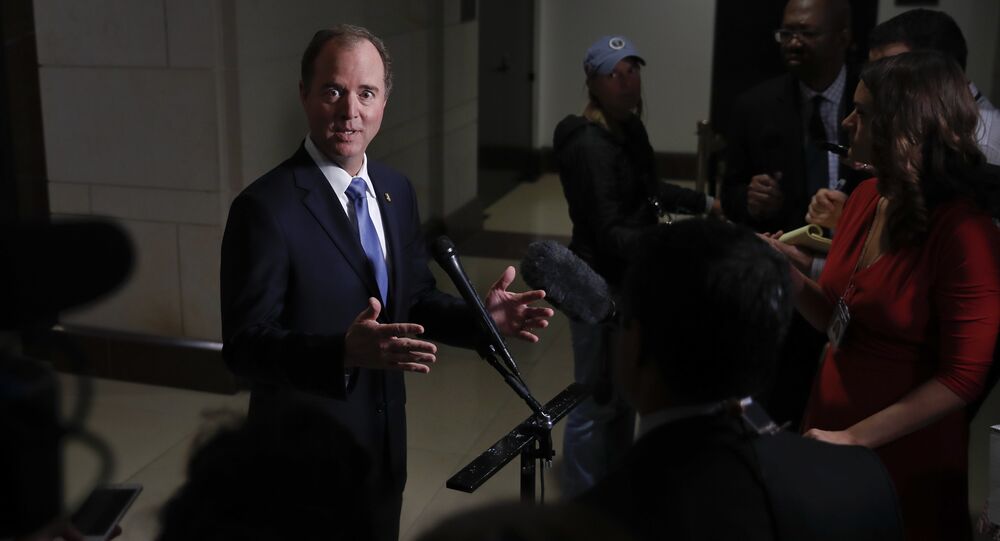 WASHINGTON (Sputnik) - Republicans on the US House of Representatives Intelligence Committee submitted a letter to Committee Chairman Adam Schiff requesting his resignation for continuing to push the narrative that Donald Trump colluded with the Russian government in the 2016 US presidential election despite results of Mueller's probe.

“Your actions, both past and present, are incompatible with your duty as Chairman of this Committee, which alone in the House of Representatives has the obligation and authority to provide effective oversight of the US intelligence community,” the lawmakers said. “As such, we have no faith in your ability to discharge your duties in a manner consistent with your Constitutional responsibility and urge your immediate resignation as Chairman of this Committee.”

The lawmakers said in the letter that Schiff has abused his position by knowingly promoting false information.

© Sputnik
Desperate for a Scandal & Redemption, Dems Continue to Push for Mueller Report

The letter also noted that the House Intelligence Committee concluded in its own investigation that neither Trump nor anyone associated with the Trump campaign colluded with the Russian government. In addition, the letter said the challenges to the report made by Democrats on the Intelligence Committee did not provide any evidence to support their claim of collusion.

The letter followed the release of the results of months-long Mueller's probe: on Sunday, US Attorney General William Barr said in a letter to Congress that Special Counsel's report concluded Trump did not collude with Russia during the 2016 presidential election. Mueller, however, maintained that Russia did try to interfere in the election, a claim Moscow has repeatedly refuted.