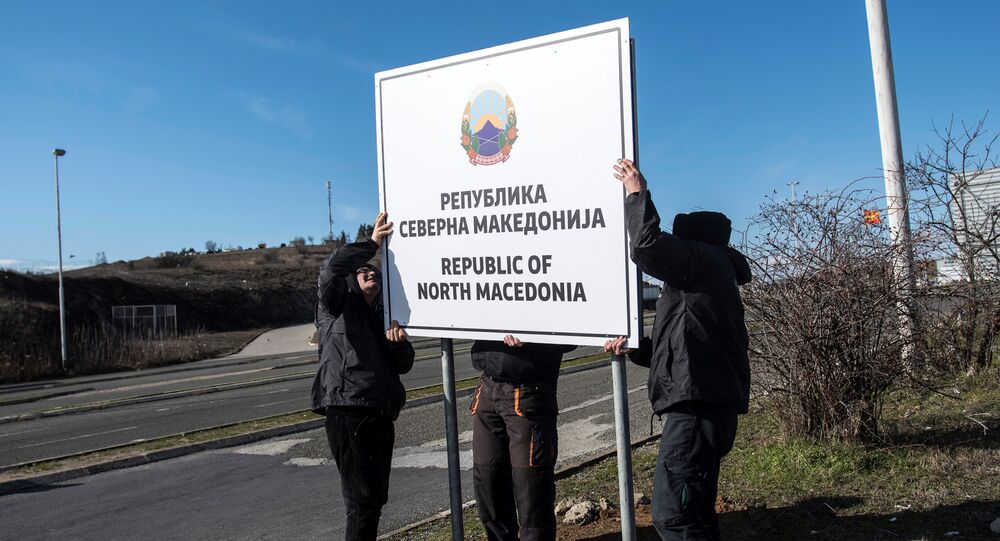 WASHINGTON (Sputnik) - US President Donald Trump in a letter to lawmakers said he has submitted a report to Congress on North Macedonia joining NATO.

"I am providing the report on the Republic of North Macedonia's Accession to the North Atlantic Treaty Organization, prepared consistent with section 3(2)(E)(ii) of the Resolution of Advice and Consent to Ratification of the Protocols to the North Atlantic Treaty of 1949 on the Accession of Poland, Hungary, and the Czech Republic of April 30, 1998", Trump wrote on Wednesday.

The representatives of 29 NATO members on 6 February signed a protocol on Macedonia's accession to the alliance. The Balkan state is set to become the alliance's 30th member after all allies ratify its accession.

US Air Force photo by Senior Airman Luke Milano
NATO Boosts Reconnaissance Near Russian Borders - Deputy Foreign Minister
The Republic of North Macedonia, formerly known as simply Macedonia, changed its name under the 2018 Prespa agreement with Greece, which had been opposing its neighbor's use of the name "Macedonia " for years because it was also the name of a region in Greece.

The parliament of Macedonia approved on 11 January amendments to the constitution that would change the country's name to North Macedonia after a long dispute with Greece, clearing the way for the former Yugoslav republic to join NATO. The Greek parliament ratified the agreement on 25 January.

© Sputnik
NATO Bombing of Yugoslavia: History of the Conflict
NATO Secretary General Jens Stoltenberg said in February that the alliance’s enlargement to the east was not a provocation against Russia, dismissing such assessments as the concept of spheres of influence that should be left behind.

Russian President Vladimir Putin has stated that Moscow considers NATO's policy of enlargement in Europe a relic of the Cold War, an erroneous and destructive military and political strategy.