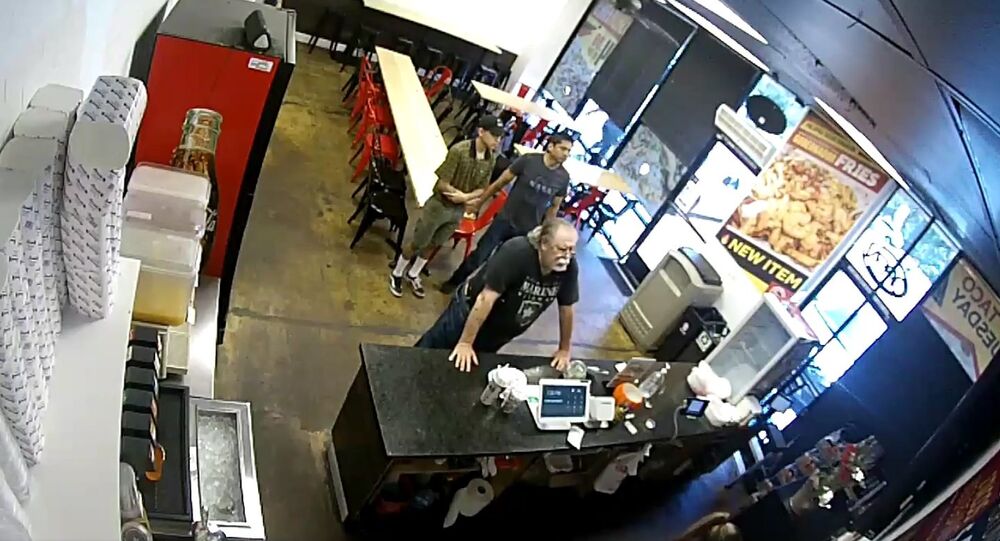 A customer, confused about a special at a Mexican restaurant, became belligerent not only with employees, but with fellow customers as well, the owner of the dining place has revealed.

A California man flipped out after learning that he couldn't get his $2 taco at Palapas Tacos on Monday and started yelling threats to staff and other customers before taking off, Fox News reported.

Several signs advertised daily specials in both English and Spanish, but the customer apparently misunderstood a banner advertising “Fish Tacos for $1.99 All Day", with the header in Spanish reading "Especial de Viernes", which means the restaurant’s Friday special.

“I hear all this screaming. So I’m like, ‘What’s going on?’ This customer, I found out, he was not understanding the special being Friday instead of Monday", Juan Del Rio, owner of Palapas Tacos, was cited as saying by Fox News.

The man then became enraged and allegeldy threatened to "call immigration because you're illegal", with CCTV footage capturing him yelling "That’s bulls**t! It says it in Mexican. We’re not in Mexico. We’re in America! Above the border. The red, the line. I’m an American!" at a random employee and shouting at other customers in line behind him.

A customer at an #Anaheim #Taco restaurant goes on a racist rant. Witnesses say it’s because he wanted the Friday Special on a Monday & complained the sign was in Spanish. @CBSLA #CBSLA #OC #PalapasTacos pic.twitter.com/iiKsIV7BRC

Del Rio told Fox News that his personnel often need to explain the bilingual menu to customers, but "this guy was completely mad, upset".

The video has caused quite a stir on social media:

I always wonder if people like this guy get enraged if they go to Mexico on vacation and find that some of the signs in airports or hotels are in English, even though Spanish is the main language there.

But he’s in a Mexican restaurant pic.twitter.com/wXWbtPvzjl

California used to be part of Mexico until it was ceded to the United States in 1848 in the aftermath of the Mexican-American War.