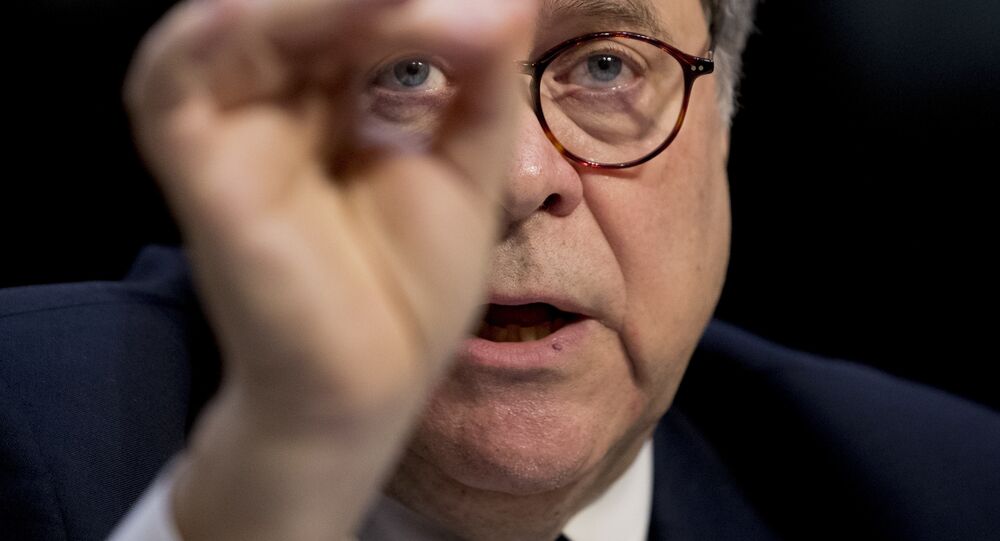 The US Department of Justice said Tuesday that US Attorney General William Barr plans to take "weeks, not months" to release more information from special counsel Robert Mueller’s report, according to Reuters.

However, a Justice Department official also told Reuters Tuesday that there are no plans at this time to provide a copy of Mueller's report to the White House ahead of its release to Congress and the public. Barr has already said that the complete report of Mueller’s investigation cannot be released because it contains sensitive information.

On Sunday, the US Department of Justice released a four-page summary of the 22-month investigation’s main conclusions. According to the document, the probe found no proof of collusion between Russia and US President Donald Trump’s campaign during the 2016 election. Mueller, however, maintains that Russia did try to interfere in the election, a claim Moscow has repeatedly denied. On whether Trump had obstructed justice during the course of the probe, the attorney general stated that "while this report does not conclude that the President committed a crime, it also does not exonerate him".

© REUTERS / Mike Segar
Giuliani Slams Mueller Report as ‘Unprofessional’ For Line About ‘Not Exonerating’ Trump
Trump has accused those behind the probe of doing "some very evil things" to the United States. He expressed certainty that they would be investigated because of their actions.

Democrats in the US Congress, however, have tried to pass a bill requiring the release of the full report, but Republicans in Senate blocked it.

Russia's Foreign Affairs Ministry said Monday that Moscow hopes Washington will now officially admit that claims of Russian meddling in the 2016 election are false. The ministry also noted that the conclusions of Mueller's investigation on the lack of collusion between Trump and Russia "simply could not be different".

© REUTERS / Larry Downing
Memes, Denial Flood Social Media Following Release of Summary Mueller Report
Russia has repeatedly denied interfering in the US political system, saying the allegations were invented to excuse the election loss of Trump's opponent as well as to deflect public attention from actual instances of election fraud and corruption.

Moreover, Russia has repeatedly offered to discuss professionally all claims related to the US election processes, the Russian Foreign Ministry said Monday.