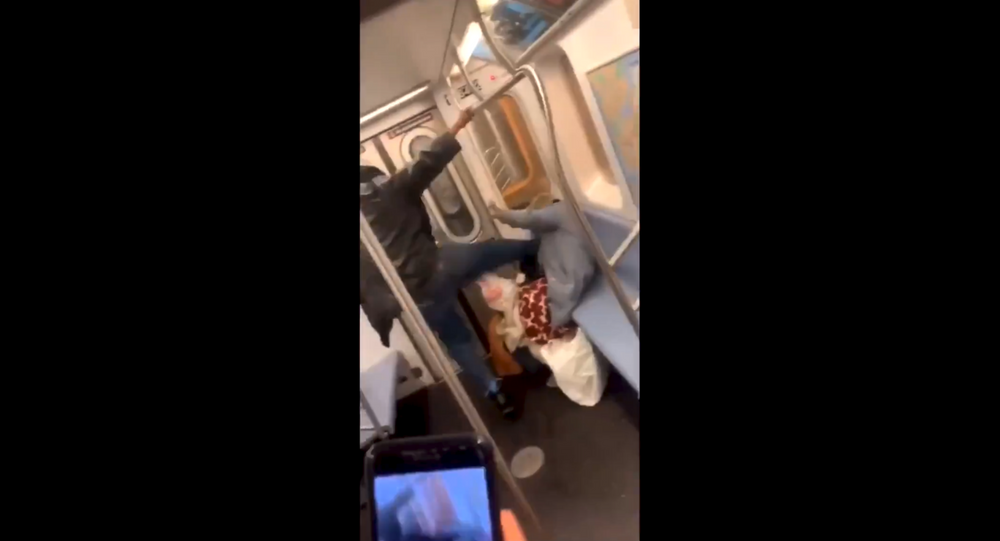 Marc Gomez, a 36-year-old resident of Yonkers, New York, recently landed behind bars after he was identified as the individual who was filmed brutally beating an elderly woman on a New York City subway train.

Gomez is presently charged with two counts of second-degree assault, third-degree assault and harassment, the Rockland/Westchester Journal News reported. According to the New York Times, Gomez was identified by investigators after they received an anonymous tip that the suspect had a tendency to hang around areas in Lower Manhattan.

Video footage of the attack, which took place on March 10 at 3:10 a.m. local time on the northbound No. 2 train, shows Gomez forcefully kicking the 78-year-old woman twice in the head before striking her several times in the chest and abdomen.

​"WorldStar that, my n***a," Gomez tells bystanders filming the encounter as he exits the train at the White Plains Road/Nereid Avenue station. Throughout the entire encounter, no one intervened. All that was heard from nearby travelers was a chorus of oohs and ahhs.

The woman was eventually met by first responders at the following train station, according to the Times. NYPD Chief Dermot Shea wrote on Twitter that the victim "was treated & released from the hospital & is getting the care, advocacy & support needed."

Gomez was arrested on Saturday in the Tribeca area, according to the New York Post. Steven Mechanic, Gomez's court-appointed lawyer, said at his client's arraignment that the unidentified woman had been "lying across the seat and wanted all other passengers to move" and that she'd flashed a "sharp instrument" to threaten those who refused to comply with her alleged demands.

Alisa Cox, Gomez's fiancee, told the Times on Sunday that the woman had been threatening her family, adding that the video footage doesn't tell the whole story. "It looks like he just went over there and started kicking her for no apparent reason," she said. "I've known him since he was 16. He's not a bad person."

Gomez reportedly admitted to his fiancee that he'd lost his temper and "immediately expressed remorse" after exiting the train.

Gomez was ordered held in lieu of a $30,000 bond after prosecutors informed the judge that he has a misdemeanor conviction and an open case dating back to November 2018 regarding a gun possession charge. His next court date is scheduled for March 29.