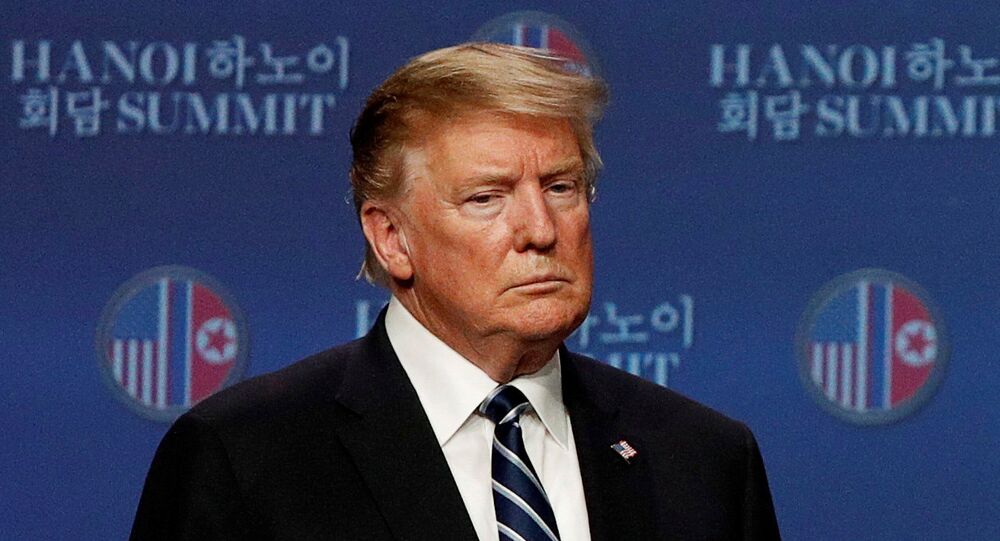 The day before, the US Treasury Department imposed fresh North Korea-related sanctions after Trump walked out of the much-awaited summit with Kim in Hanoi, refusing to lift all non-military punitive measures against Pyongyang.

Shortly before that, the US president tweeted that about his order to withdraw the sanctions.

"It was announced today by the US Treasury [Department] that additional large scale sanctions would be added to those already existing sanctions on North Korea. I have today ordered the withdrawal of those additional sanctions," Trump said via Twitter.

© Sputnik
The 'War Party' and the Path Forward with North Korea

The Treasury imposed the punitive measures just weeks after the second long-awaited meeting between US President Donald Trump and North Korean leader Kim Jong-un. However, despite the high expectations, the sides failed to reach an agreement on Pyongyang's denuclearisation.

The US president refused to lift all non-military sanctions against Pyongyang — a demand by Kim, and walked away from the meeting. According to the US, North Korea vowed to denuclearise some of the areas of the country in return, with no official confirmation following.

However, later, addressing journalists after the talks in Vietnam, Trump underlined that he was "open to talking again" to the North Korean leader.

READ MORE: N Korea Calls Back Top Diplomats From UN, China Amid Unresolved Issues With US

At their first summit in Singapore last June, Trump and Kim agreed to denuclearize the Korean peninsula in exchange for freezing US-South Korea military exercises.