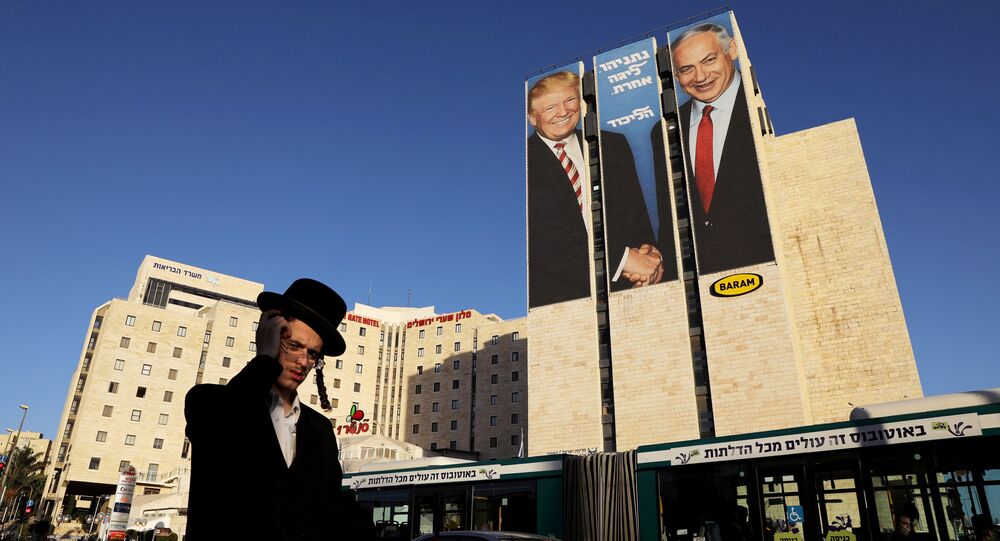 O'Rourke, who represented Texas's 16th congressional district from 2013 to 2019, announced his bid for the US presidency last week, raising $6.1 million on the first day of his announcement.

"Right now, we don't have the best-negotiating partners on either side. We have a prime minister in Israel who has openly sided with racists who in a previous election warned that the Arabs were coming to the polls", he said commenting on the Israeli-Palestinian peace process.

Beto taking the gloves off against Bibi… pic.twitter.com/QJascMyILA

O'Rourke also criticised Palestinian Authority President Mahmoud Abbas, saying that he "has not been very effective in bringing his side to the table either". According to The Washington Post, he repeated the statement later during another event, while commenting on the boycotts of Israel.

© REUTERS / Ronen Zvulun
Ethiopian Jews Denounce 'Racist Netanyahu' for Not Letting Them Into Israel
The politician has been allegedly addressing Netanyahu's decision to get the right-wing party Otzma Yehudit or "Jewish Power" into the Knesset.

O'Rourke has criticised the American Israel Public Affairs Committee and voted against sending additional aid to Israel to fund the Iron Dome defence system during its Gaza offensive back in 2014. His Senate campaign last year, however, described him as "a proud advocate of Israel".