In the aftermath of the failed Hanoi summit between the US and North Korea, US President Donald Trump has reportedly taken the helm in denuclearization negotiations with Pyongyang. Meanwhile, Seoul now sees the ball as having landed in its court to convince its neighbor to give up its weapons and rocket programs.

According to Trump administration officials who spoke with Time for a Monday article, the US president is "sidelining" his special envoy to North Korea, Stephen Biegun, and "dismissing the warnings of top intelligence and foreign policy advisers" who dissent from his continued policy of negotiation with North Korean leader Kim Jong Un.

Time reports that Trump has shut down attempts by Biegun to establish a back channel to Pyongyang via the socialist country's United Nations mission in New York, citing US and South Korean officials, and is focusing on attempts to negotiate a deal with Kim instead of bowing to the advice of his advisers to press North Korea harder with sanctions — or to abandon negotiations altogether.

Trump and Kim met late last month in Hanoi, Vietnam, for a second round of denuclearization talks to follow up on a June 2018 summit that laid the groundwork for peace on the Korean Peninsula. While Pyongyang has made considerable progress with the South toward that end, negotiations with Washington have stalled, as the two sides reached a point where neither was willing to budge any further until the other side gave something first.

The Democratic People's Republic of Korea (DPRK) has made several good faith moves toward reducing tensions, including the halting of weapons tests and the destruction of key missile and nuclear program sites. However, Kim was unwilling to make further concessions before Washington lowered at least some of its economic sanctions blocking international trade in many items with his country. The US has refused to lower any of those sanctions until Kim produces "verified denuclearization." The Hanoi summit failed to surmount this impasse.

Trump administration officials such as Secretary of State Mike Pompeo and National Security Adviser John Bolton have used Pyongyang's red line to argue that Kim is intransigent and not cooperative. The mainstream media has also largely adopted this position, as the articles by Time, CNN and The Hill on these developments show. 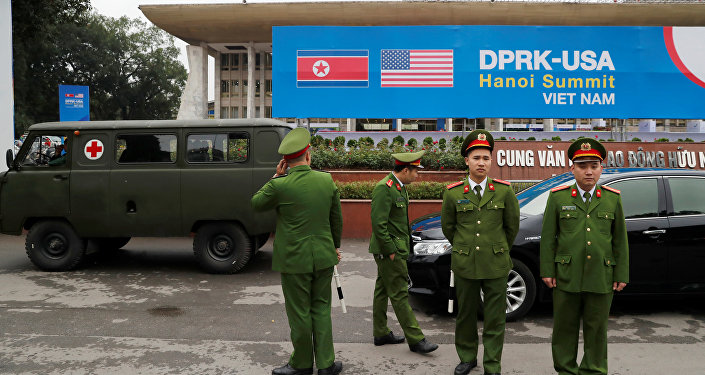 Indeed, ever since Trump agreed to meet with Kim last spring, the mainstream media has been devoted to producing stories that undermined Trump's attempts at peace, and hawkish foreign policy think tanks have produced report after report claiming Kim has violated the terms of the negotiations. Their reports are often based on outdated or undated evidence, supposition or otherwise unverifiable claims, Sputnik has reported.

One example, from Time's Tuesday article, tries to juxtapose Trump's supposedly delusional belief that "Kim is his ‘friend,'" according to an administration official, with the "unanimous assessment by multiple agencies that Kim remains wedded to his nuclear program," and thus is incapable of responding to a carrot, understanding only the stick.

Indeed, such has been the common refrain by US state officials for decades, going back to George F. Kennan's eponymous telegram about how the US should handle the Soviet Union during the Cold War, and even further to the suppression of the Boxer Rebellion in imperial China at the turn of the last century.

Meanwhile, South Korean President Moon Jae In has continued his rapprochement with Kim, despite US-DPRK failures. 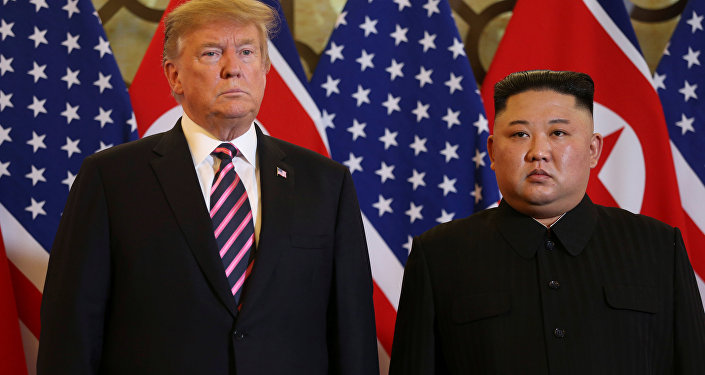 "We're in a deep agony over how to take advantage of this baton that has been handed over to us," said a Moon administration figure earlier this week, according to South China Morning Post.

"We agree with the view that no deal is better than a bad deal… However, in reality, it is difficult to achieve complete denuclearization at one stroke. I think we need to reconsider the so-called all or nothing strategy," the official said.

Seoul aims to get Pyongyang to "agree with a broad road map aimed to achieve the overarching goal of denuclearization," the official said, noting that "we should make further efforts to turn a small deal into a deal that is good enough. In order to achieve meaningful progress, we need one or two early harvests for mutual trust-building to move on toward the final goal."

Still, in the aftermath of Hanoi, Moon's popularity fell in his country from a high of 70 percent last summer to a measly 45 percent earlier this month, Sputnik reported.

The metaphor of the "harvest" presents a timely parallel as North Korean officials have pressed the UN to step up its food and medical aid to DPRK in the coming year due to bad harvests last year and projected shortages in 2019, Sputnik has reported.

"Although Security Council sanctions clearly exempt humanitarian activities, life-saving programs continue to face serious challenges and delays," Tapan Mishra, the UN's resident coordinator in the DPRK lamented earlier this month. "While unintended consequences of sanctions persist, these delays have a real and tangible impact on the aid that we are able to provide to people who desperately need it.

US and other international sanctions bar many useful medical items from being imported by DPRK, too. For example, a paper published last December by the Middlebury Institute of International Studies at Monterey looked at scientific projects in which North Korean scientists had partnered with scholars from other countries, noting that roughly 100 of the 1,300 they examined had "identifiable significance for dual-use technology, weapons of mass destruction (WMD) or other military purposes."

Time reports that Trump administration officials fear the US president might try and strike a deal with Pyongyang and lift some sanctions in exchange for a pledge to continue their freeze on weapons development and testing, which Trump has said he considers to be more important to maintain than the total removal of nuclear weapons and delivery systems from North Korean possession. However at the same time, it seems to be the consensus among administration officials that any such deal wouldn't actually make progress at all, only "remove much of the leverage" on the DPRK that they believe compels the country to negotiate in the first place.