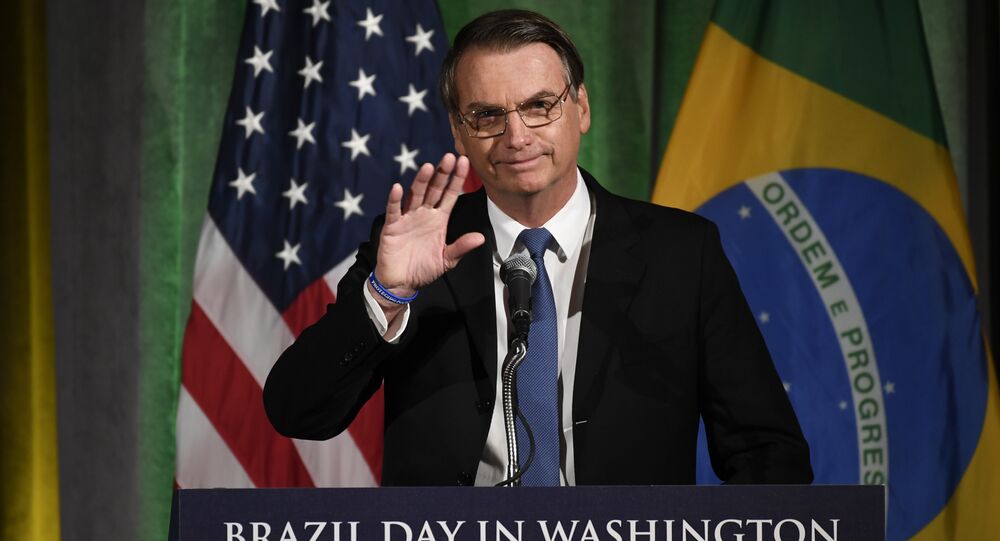 The United States and Brazil are committed to reducing trade barriers between both countries, US President Donald Trump said on Tuesday during a joint press conference with Brazilian President Jair Bolsonaro.

"President Bolsonaro and I are both committed to reducing trade barriers," Trump said.

Speaking about the Venezuelan situation, Trump said that the United States had not yet imposed its toughest sanctions on Venezuela and there was no specific timeframe for President Nicolas Maduro's departure from power.

"I'm not being told any specific time. They've been there a long time, between him and his predecessor. At some point, I would imagine, things will change," Trump said. "We really haven't done the really tough sanctions yet. We can do the tough sanctions and all options are open, so we may be doing that. But we haven't done the toughest of sanctions… We can go a lot tougher if we need to do that."

Bolsonaro arrived in Washington last week for his first international visit since taking office in January.

The Brazilian president has had a "private meeting" with US President Donald Trump and intends to hold a meeting with Organisation of American States (OAS) Secretary General Luis Almagro.