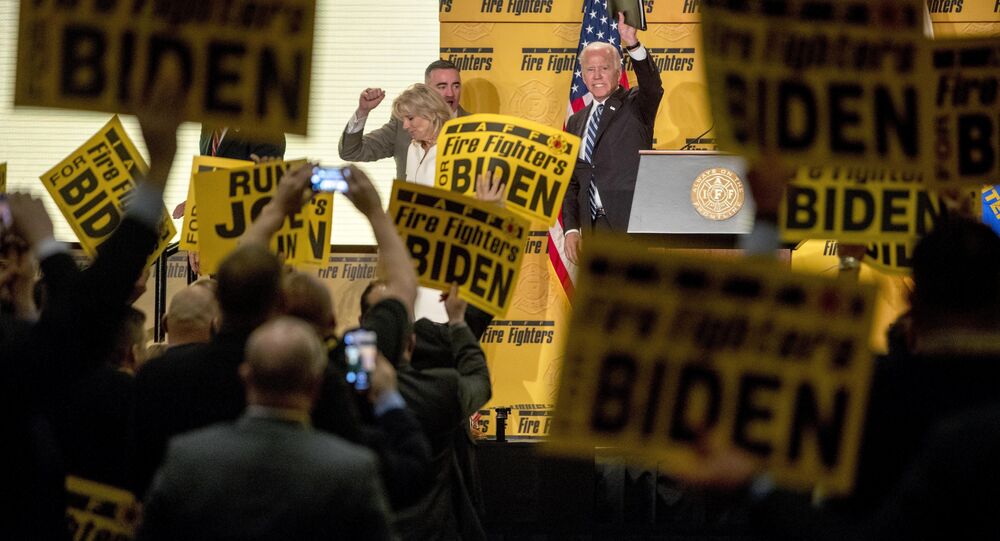 American journalist Michael Kinsley once famously wrote, "A gaffe is when a politician tells the truth, some obvious truth he isn't supposed to say" — and it appears that former Vice President Joe Biden has just had one.

"I know I get criticised. I'm told I get criticised by the new left. I have the most progressive record of anybody running for the United… anybody who would run," he quickly walked back, drawing a round of cheers and applause from the audience.

"Of anybody who would run," he repeated, making a sign of the cross.

Joe Biden: "I'm told I get criticized by the New Left. I have the most progressive record of anybody running for the… anybody who would run" pic.twitter.com/Y5rqCpxEZR

The 76-year-old went on to deliver what one would describe as a Democratic candidate-style speech; he criticised Donald Trump for stoking division and anger and noted that next year's election will be the most important vote in a century.

"We're living in the battle for the soul of America," he said. "We have an overwhelming need to restore the backbone of America."

On Tuesday, he stirred up speculation that he would run in 2020 at a conference of firefighters in Washington, DC, who met him with a standing ovation and chants of "Run, Joe, run!"

"Save it a little longer," he told his supporters. "I may need it in a few weeks."

A CNN presidential poll in Iowa revealed last week that Biden, with 27 per cent, was leading the pack of possible Democratic contenders, with Bernie Sanders securing 25 per cent of the votes and other candidates earning less than 10 per cent of support.

If Biden and O'Rourke Can Why Not Abrams?

'No, Thanks': Joe Biden Causes Twitterstorm by Hinting He May Run for Presidency