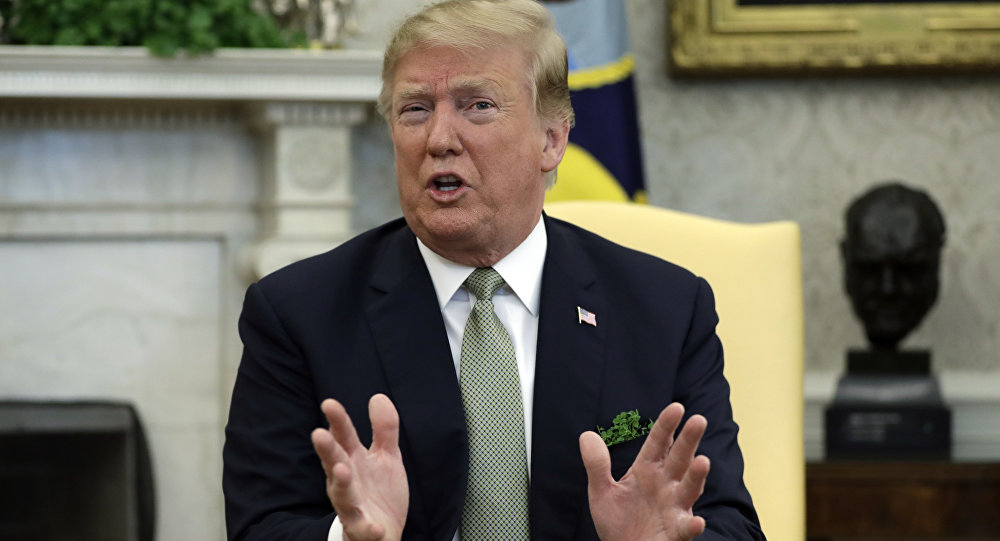 WASHINGTON (Sputnik) - US President Donald Trump has accused the US-based tech giant Google of helping the Chinese military by conducting business in the Asian country.

"Google is helping China and their military, but not the U.S. Terrible! The good news is that they helped Crooked Hillary Clinton, and not Trump…." Trump said on Twitter Saturday.

Google is helping China and their military, but not the U.S. Terrible! The good news is that they helped Crooked Hillary Clinton, and not Trump….and how did that turn out?

On 14 March, US Joint Chiefs of Staff Chairman Gen. Joseph Dunford told Congress that Pentagon is concerned that Google is indirectly helping advance the Chinese military by working in the country.

US Acting Defence Secretary Patrick Shanahan explained that there is a direct link between commercial business and military development. He also claimed that the systematic theft of US technology by Chinese entities is accelerating Beijing's technological advancements in the defence sector.

© CC0
Top US Military Official Accuses Google's Work of Indirectly Benefiting China's Army
In recent years, China has reportedly come under increasing criticism over its alleged wide-spread theft of intellectual property and economic espionage, with Chinese businesses being accused of stealing trade secrets from foreign companies to incorporate technologies into their own devices and passing counterfeit goods as products of famous brands, among other things.

The violation of intellectual property rights has, in particular, soured Beijing's relations with Washington, with the issue being among those that prompted Trump to unleash a trade war on Beijing.

The disputes escalated last June when the Trump administration announced that the United States would subject $50 billion worth of Chinese goods to 25 percent tariffs in a bid to fix the US-Chinese trade deficit. Since then, the two countries have exchanged several rounds of tit-for-tat trade tariffs.