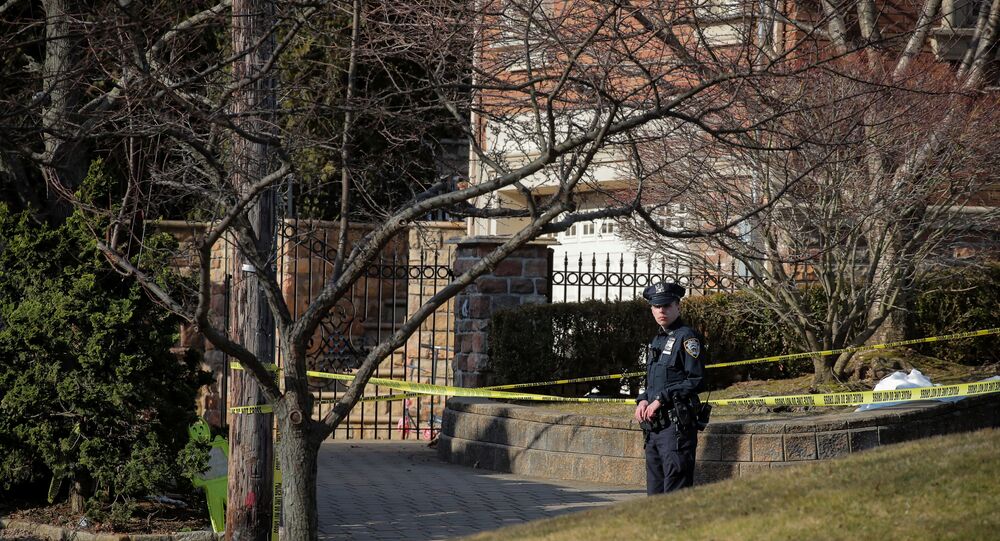 Francesco Cali, head of the Gambino crime family, was shot to death Wednesday night in front of his home on Staten Island, the first mob boss in New York City to be violently killed in more than 30 years, according to local media.

The New York Daily News reports that the 53-year-old, who went by Frank, was shot six times in the chest by someone driving a blue pickup truck. According to a 911 call made by someone in the Cali home, the crime kingpin was also run over before he was shot, though the Daily News police sources say that claim is still under investigation. A witness told the publication they heard three more shots in addition to the six that hit Cali, and described a distraught and panicked scene as the mobster's family ran outside to try to help him.

It’s been more than 30 years since a Gambino godfather was targeted. pic.twitter.com/YZAU5vgCsE

Cali was named head of the family in summer 2013, DNA Info reported at the time, taking over total control of the more than 750-person organization. Citing a source in New York law enforcement, the outlet reports that Cali was respected for his personal family ties to Italy, his traditional Mafia values and his low-profile style — a contrast to the flamboyant decades under John "The Teflon Don" Gotti, who irked New York's other crime families by attracting scrutiny, and column inches, with murders and a series of splashy trials marked by witness intimidation and other tactics. (It should be noted that exact data on crime family maneuverings can be difficult to confirm — Gangland News reported last year that Cali was named boss in 2015 and that the organization had more than 1,100 associates, for example.)

Cali spent time in prison from 2008 to 2009 on extortion charges related to a planned NASCAR race track on Staten Island. During a bail hearing in February 2008, Assistant US Attorney Joey Lipton noted that "Cali is seen as a man of influence and power by organized crime members in Italy."

New York's major crime families, the Gambinos, the Luccheses, the Genoveses, the Bonannos and the Colombos, have seen some decline over the past few decades, as federal law enforcement agencies have tried to extricate their influence from construction and other major industries. They remain powerful players in the black market, however, in loan sharking, gambling, prostitution and the drug trade, according to law enforcement. The New York Post reported that Cali had increased the Gambino family's involvement in drug trafficking, particularly in opioids.

Cali is the first mob boss to be murdered in New York since Gotti ordered the infamous hit on Gambino boss Paul Castellano, having him gunned down in front of Sparks Steak House in Manhattan in December 1985.