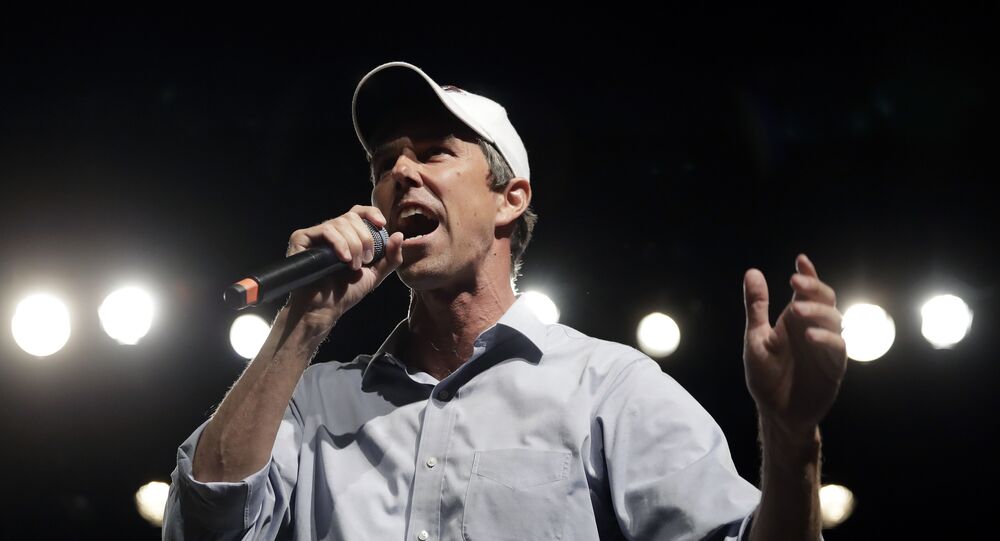 Beto O'Rourke is widely mentioned in the US-based media reports as a new face in Democratic politics and a possible Democratic candidate, despite losing a bid to unseat Texas Senator Ted Cruz in the 6 November midterm elections.

A former three-term US congressman from West Texas, O'Rourke, 46, will make a formal announcement on Thursday morning, Reuters reported Wednesday.

According to the US-based media reports, O'Rourke's latest US Senate bid triggered a torrent of media attention and excited US voters in a  Democratic party that reportedly desperate for fresh political faces. O'Rourke lost the Senate race by less than 3 percentage points. The tightest Senate contest in the state in four decades, according to Reuters.

According to the latest opinion polls on the 2020 presidential race, O’Rourke is ranked in the top of contenders, behind former US Vice President Joe Biden, and US Senator Bernie Sanders.

© AP Photo / John Minchillo
Biden Plans to Focus on Infrastructure Reform in 2020 Election Bid – Reports
O'Rourke is also reportedly known for his vehement criticism of US President Donald Trump's policies. In particular, during Trump's border wall rally back in February, at the El Paso County Coliseum, adjacent to the venue was a baseball field where on the same night O’Rourke rallied with other local community leaders to strike down Trump’s claims that the border wall plays a key role in the safety of the country.

According to local media, O'Rourke has worked to keep himself in the public eye, regularly staying in touch with his supporters and sitting for interviews with local broadcasters.

READ MORE: Hillary Clinton Says She Is Not Running in 2020

© Flickr / Gage Skidmore
Trump Eyes Texas Senator Cruz as Possible US Attorney General
Meanwhile, a Rasmussen poll has revealed that nearly three-quarters of probable Democratic voters want someone new to represent the party in the next US presidential election.

There have been also speculations circulating in local media whether Trump would seek the second term since he became the 45th president of the United States following the 2016 vote during which he defeated the Democrats' candidate Hillary Clinton. However, Trump said last year would seek re-election in the 2020 presidential vote.